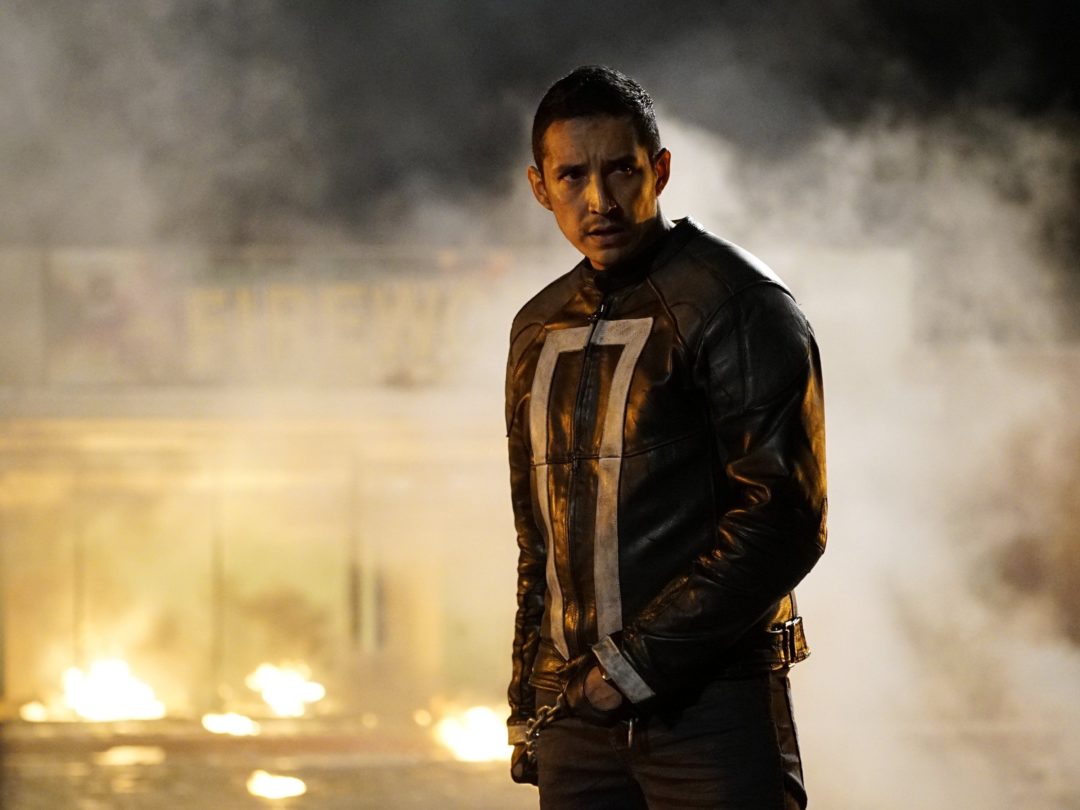 Jeff Loeb unleashed a whole slew of information on the world when he sat down with Deadline yesterday to talk about Marvel Television’s offerings, and one of the bigger details was that the upcoming Ghost Rider and Helstrom television shows were just one part of a group of shows they’re calling Adventure into Fear. (Cue spooky music.)

When discussing the benefits of working with Hulu, which is now owned by Disney as well, Loeb revealed that the studio has multiple shows planned for this “street-level” universe:

We were talking to them, and they started scratching because when you look at the success that they’ve had with Castle Rock and the world of terror. Something that really interested us and interested them, and we always knew that we were going to do something with Ghost Rider, we were just waiting for the right place to put it.

Then we started having the same conversation, which was there is in the comic book world the Spirit of Vengeance, and they are this sort of unusual group of characters, which involve Ghost Rider, which involve Helstrom, which involve Helstrom’s sister, Anna. We suddenly saw that there were three or four shows that we could put together that we now refer to as Adventure into Fear.

We’ve known for a while that Marvel Television (a separate entity that functions independently from the film studio) was making the Ghost Rider and Helstrom series. The former show is said to be a new take on Agents of S.H.I.E.L.D.‘s version and Gabriel Luna will be returning. The Helstrom television show will focus on Daimon and Ana Helstrom as they attempt to rid the world of the “worst of humanity.” However, we didn’t know about any shows after that, along with the idea of them all being connected like Netflix’s Marvel shows as Adventure into Fear. Unfortunately, those are the only details we know as Loeb was tight-lipped about what the rest of the series will be, except to describe the tone they’re going for and to let everyone know they aren’t “horror” shows:

No, it’s terror, because when you say horror, it means so many different things. There’s everything from Saw, which is the last thing that we want to do, gore-fest kind of thing to there’s a monster running around. What we love is the notion of how we can present a Marvel hero who was truly feared and truly believed that they were a monster, but that, as the stories go on, they realize, oh, I’m the hero of the story, I’m not the villain of the story. That’s not something we’ve ever done before. So we started with Ghost Rider, we went out and managed to get Gabriel Luna to come back and reproduce the role he played on S.H.I.E.L.D. Then we’re going to do Helstrom, and then there’s a couple more that we haven’t yet revealed to the world.

It looks like making interconnected, small-scale universes will be Marvel Television’s plan moving forward as they also have a series of animated shows coming to Hulu. Howard the Duck, M.O.D.O.K., Tigra and Dazzler, and Hit-Monkey will all be landing on the service with an eventual team-up coming in the form of The Offenders. Marvel Television is basically looking to recreate their success on Netflix, just without the awkward cancellations.

Yahtzee’s Dev Diary Episode 8 – A Day in the Life