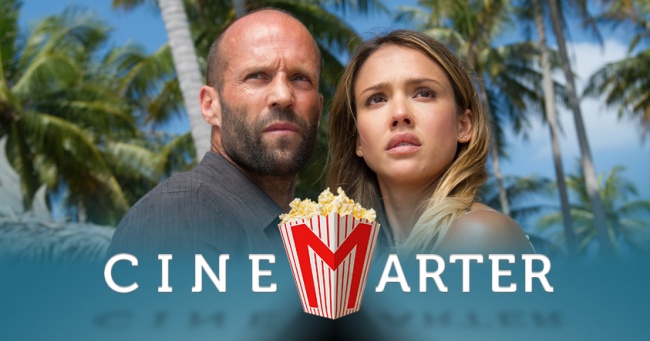 The sequel nobody asked for to the remake nobody wanted of a film nobody remembered, Mechanic: Resurrection begs just one single question: why? It’s not like 2011’s The Mechanic was some groundbreaking success, either critically or financially. It barely made money, and it was met with a resounding “meh” from both audiences and critics. It was another Jason Statham actioner – maybe a little better than most – and that was that. But now, here we are five years later, and we’ve brought back Statham for … this?

If you didn’t see the first film – and its box office take would suggest that you didn’t – our lead is Arthur Bishop (Statham), whose primary skillset involves murdering people and making it look like an accident. He faked his death at the end of the first movie, and has been living incognito ever since. But soon enough he’s found and, through circumstances about which you won’t care, he’s eventually roped into a mission that requires him to kill three arms dealers. If he fails, a woman he met just a few days earlier (Jessica Alba), will be killed. He’s very motivated. 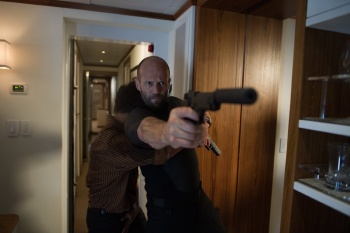 There’s some nonsense in there about the man he’s now working for being involved in his childhood, and both Bishop and Alba’s character – Gina, I think it was, not that it matters since she’s in Damsel in Distress mode – get a little bit of back story, but mostly we’re here to get Statham to plan and execute three semi-elaborate kills. The first two – particularly the second one – are moderately enjoyable. After that, the film devolves into a series of shootouts where faceless, nameless baddies get killed easily, and those who have a name and a face are killed slightly less easily.

I also enjoyed a hand-to-hand combat scene right at the beginning, which saw Bishop kill a bunch of generic villains in creative ways, like using a grill or stabbing someone’s chest through someone else’s hand – and then lighting them on fire. But outside of a grand total of three sequences, there’s nothing worthwhile in Mechanic: Resurrection. It’s a generic story, it’s ugly and looks cheap, only Statham – and a brief Tommy Lee Jones appearance near the end – is even remotely enjoyable, and the action becomes nothing more than boring shootouts. But, then, the first film suffered from the last problem, too.

Tommy Lee Jones receives third billing despite being in the film for maybe a maximum of seven minutes. The villain is played by Sam Hazeldine, who isn’t a known name but certainly plays a more pivotal role. I wonder if anyone who otherwise wouldn’t will decide to watch Mechanic: Resurrection based on Jones’ appearance. I would guess not. As such, why bother wasting a talent like that in a nothing role? Why pay a name for that? Jones has more fun here than he did last month in the new Bourne movie, but he adds little to the film.

I’m already running out of things to say about Mechanic: Resurrection because there’s almost nothing to this movie. It has the bare minimum required of a plot, basic outlines for characters, two good sequences – Bishop infiltrates a prison to kill a prisoner and he copies the building-climbing of Mission: Impossible – Ghost Protocol to drain a lavish swimming pool – and lots of bland shootouts. His targets are all arms dealers but the film has nothing to say about that – Bishop isn’t doing this altruistically; one of them even survives, which Bishop knows and doesn’t care. I can get behind dopey action movies if the action is good, but Mechanic: Resurrection falls way short of the standard it needed to in order for that happen.

Mechanic: Resurrection is a sequel I’m confident in saying that very few people wanted. Even the people who liked the first movie were likely satisfied that protagonist survived and could go on to do other things – things that didn’t need to be filmed. Jason Statham was brought back to do a bland action movie with only the barebones when it comes to plot, characters, or themes. It has a couple of standout moments, but they’re buried inside a movie that’s too dull to warrant your time or money.

Bottom Line: Forgettable and unnecessary, Mechanic: Resurection is another sequel that shouldn’t have been made.

Recommendation: Even if you liked the first movie, Mechanic: Resurection is likely to disappoint.

Nintendo: “We Have to do Better When We Launch NX”