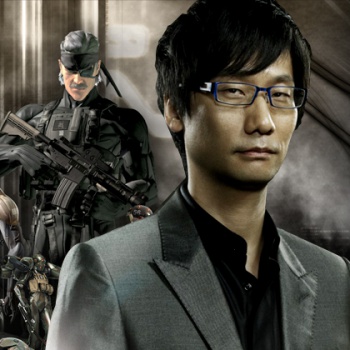 The Metal Gear Collection will be revealed at TGS so you can buy your favorite Metal Gear Solid for the fifth time.

Metal Gear creator Hideo Kojima teased the Metal Gear Collection 2014 from his Twitter account today. The English version of his account also shared the image, along with the statement “Reading the script for TGS stage show.” It looks like another re-release of Metal Gear games is inbound. If it’s the Fox Engine version of 1998’s Metal Gear Solid, Kojima has certainly kept us waiting, huh?

More information about the quasi-mysterious Metal Gear Collection will be released during the Tokyo Game Show (September 18-21), so that leaves plenty of time for rampant speculation. Back in 2013, Kojima expressed he would love to see 1998’s Metal Gear Solid remade using the Fox Engine, a game engine made for Kojima Productions. However, his studio is rather preoccupied with Metal Gear Solid V: The Phantom Pain, and he clarified that he “wouldn’t mind if a talented creator from an outside studio could [make] this happen.”

Buy a 3DS and Smash Bros., Get Another Game Free