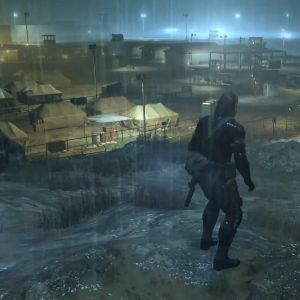 Before Metal Gear Solid II: Sons of Liberty launched, Konami released a large part of the “Tanker Mission” prologue chapter as a standalone demo. This demo, admittedly substantial for the time, was packed in as an extra alongside the full-fledged Zone of the Enders. With Metal Gear Solid V: Ground Zeroes, Konami has released another taster for an upcoming MGS title … except this time, there’s no real game included to justify the asking price.

I didn’t want to believe that even Konami would be quite so brazen as to charge money for a demo, but having completed Ground Zeroes, I can see no other way to describe it. Well, perhaps a more fitting term would be “advertisement.” The less-than-two-hour mission found in this release will not be part of Metal Gear Solid V: The Phantom Pain, but it acts as a teaser for the real game nonetheless. It’s a morsel, a scrap, a hint at something that promises to be very good. Indeed, having played this … product … I feel very confident that The Phantom Pain will be a great game.

That said, I did not need to spend $30 to obtain such confidence.

As well as the brief main objective, there are up to five optional missions – however, this feels like a desperate attempt to pad for time. The same small map is used for every single side quest, and the missions themselves aren’t particularly compelling. You keep returning to the same place to eliminate targets or secure intelligence, and while these quests can take a while to complete, I just couldn’t find any fulfillment in them. They exist merely to let you try and squeeze as much value as you can from a glorified commercial. A commercial that you buy.

While some may try and claim the side missions justify the price, one must remember that this sort of content is usually included as an extra in a full game. They are exactly what their name implies – a side dish. Not full content. In movie terms, this is like selling a quarter of a movie on Blu-ray, then validating its price with deleted scenes and director’s commentary.

Is there any good news in all of this? Fortunately, yes. The gameplay, what there is of it, actually does hold up rather well, providing the familiar stealth action fans have come to adore with some much needed refinement. Controls feel quite refined, with CQC, interrogation, and map interactions feeling fluid, sensible, and quick – a drastic change over the sometimes archaic and unwieldy input schemes of past games. Little touches, such as being able to “sense” when you’re being spotted, getting a chance to dispatch a foe in bullet-time before he alerts his buddies, and using binoculars to “tag” guards and keep them located on-screen, all help to enhance the stealth. Combat is still a little stodgy, but manages to be more swift and decisive than it has in the past.

Controls still suffer from a few long-running issues. Some of the contextual action commands occasionally get themselves confused, and Snake himself will sometimes spasm when he gets near certain environmental objects. There is a lot of potential interactivity to assault the player’s senses, and the casual user will likely be overwhelmed by MGS‘ nuanced controls that never quite explain themselves adequately. Once again though, compared to previous games, interacting with the overall world has been modernized and polished to a pleasant degree. Old hands will find most of the changes pleasantly offset any lingering issues.

The main mission itself is pretty enjoyable while it lasts. I actually found Kiefer Sutherland’s controversial portrayal of Big Boss growing on me even over the short duration of the game, and there are lots of little things to mess around with on the map. Interrogating soldiers – a favorite trick in Snake Eater – is incredibly useful, providing main mission details as well as tips on where to find new weapons and other goodies. 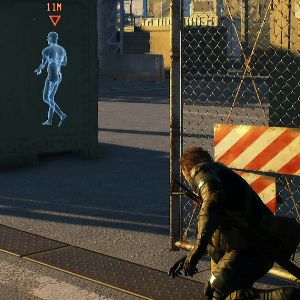 All of this, however, is undoubtedly just selling The Phantom Pain. There’s not enough of anything in Ground Zeroes to keep an old Metal Gear Solid fan like me satisfied. The story is intriguing, but says very little, the gameplay is a promising improvement for the series, but it relies on recycling its own threadbare assets to get more than two hours’ worth. Ground Zeroes is a tease, a carrot dangling on the end of a stick, and while it keeps me eager to play the real Metal Gear Solid V, it left me feeling ultimately cheated.

Length is not the most important factor when determining the quality of a game, and I am in fact very much in agreement with those who would prefer a great short game over a bad long one. The problem is, Ground Zeroes truly, honestly, does not feel like much of a game. Not a complete one. Not a full product, worthy of charging money. In today’s world, a deep, engaging and lengthy experience can cost users ten dollars or less. That’s the world we live in now, where independent games and digital distribution allow developers to create substantial products that end users can buy for chump change. There is simply no excuse for what has happened here.

I could talk more about the finer points of Ground Zeroes‘ gameplay. I could tell you about its impressive graphics, I could further detail its controls, but why? I’ll be repeating myself a little later in the year when The Phantom Pain launches. I have little doubt that the full MGS is one that’ll be worth paying for, and I anticipate its launch excitedly. This release, however, does not tide me over. It only makes me disappointed. I could have bought at least three real, fulfilling games with this money, but instead I have an interactive billboard on my PS4 hard drive.

Even if you’re a die hard fan of Metal Gear Solid, you could skip this. Narratively, there’s nothing here that a cursory scanning of Wikipedia won’t tell you. The story, as told here, is glancing and vague, nothing but teaser material that you just don’t need to experience firsthand. As a purchasable product, this is as unnecessary as unnecessary gets.

It’s a shame, too, because Ground Zeroes is full of good things – distinct elements that are beautifully well made. It’s just sad that Zone of the Enders 3 didn’t come out sooner, and have this packed in with it.

Bottom Line: Audacious is the word that best describes Metal Gear Solid V: Ground Zeroes. It contains quality material, but it’s little more than a preview of something better, and as such, simply should not be presenting itself – deceptively – as a game in its own right.

Recommendation: If you can ever grab it for free, you should definitely snap it up. Otherwise, you ought to just wait for The Phantom Pain.

Games Are Not Movies – Stop the Three Act Structure