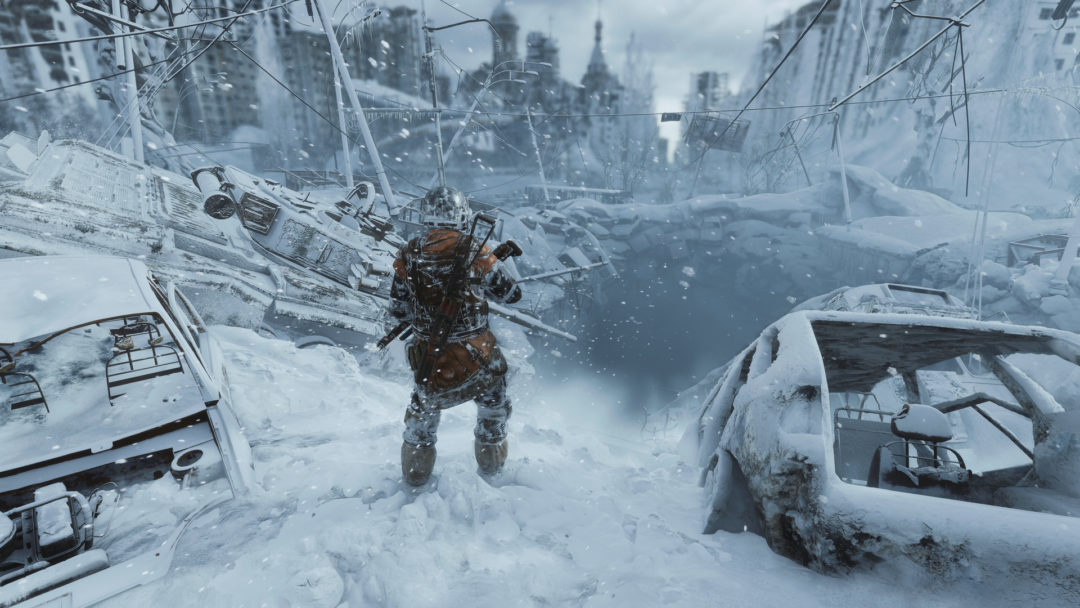 Metro Exodus fans should be excited to know that more details of the game’s DLC, The Two Colonels, will be shown off as part of Gamescom on Monday.

As revealed on Metro Exodus’ Twitter, an Inside Xbox stream is housing the Gamescom reveal at 8 a.m. PT on Xbox’s Mixer channel.

The Two Colonels is the first of two story DLC packs revealed as part of Metro Exodus’ post-launch expansion pass. The Two Colonels is planned to release summer of this year, but being midway through August already, a fall release might be more likely at this point. The second story DLC, Sam’s Story, is scheduled to come early 2020.

For those already acquainted with the Metro timeline, players will not play as series regular Artyom and will instead control a new character in this first DLC.

Talking about the story of The Two Colonels requires some Metro Exodus story spoilers, so be warned as you continue reading: The Two Colonels will follow the story of Colonel Khlebnikov in an underground dead city called Novosibirsk. Khlebnikov’s story will see him surviving “the slime” and attacks from plenty of mutant attacks as he makes his way back home to his son for New Year’s Eve.

Accompanying Metro’s staple linear story-telling methods, a flamethrower weapon, claustrophobic environments, and plenty of tension will all be featured in The Two Colonels.

Metro Exodus was first revealed during Xbox’s E3 briefing in 2017, so to see the game’s DLC debut at Inside Xbox at Gamescom is not too much of a shock. The Escapist’s relentless Yahtzee Croshaw reviewed Metro Exodus when it released earlier this year, so be sure to check out his thoughts.

For updates on The Two Colonels, keep checking in with the Escapist.

Disney+ Is Partnering with a Cable Company to Stop Account-Sharing

Ewan McGregor Is in Negotiations for Obi-Wan Kenobi Disney+ Series