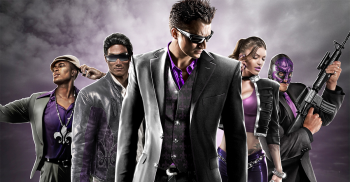 Folks who prefer their games without intrusive copy protection schemes have a few more major titles to enjoy just the way they like. Starting today, GOG.com is offering Metro: Redux, Saints Row 2, Saints Row The Third, and the two Darksiders games completely free of DRM. The newly available versions will be offered at an introductory discount until May 18.

The five games were all once properties of the now defunct mega-publisher THQ, which filed for bankruptcy in December of 2012 and began liquidating all of its assets over the following few months. Deep Silver parent company Koch Media snatched up publishing rights to Metro: Redux (releasing it in May of 2013) and Saints Row developer Volition. Deep Silver has gone on to publish two additional Saints Row titles in the time since, Saints Row IV and its standalone expansion, Gat Out Of Hell

Darksiders was picked up by Nordic Games, but its developer, Vigil Games, would not survive the bankruptcy of THQ. No plans have been announced for additional entries in the series, though Nordic has expressed that it intends to release an enhanced port of Darksiders II for PlayStation 4 consoles later this year.