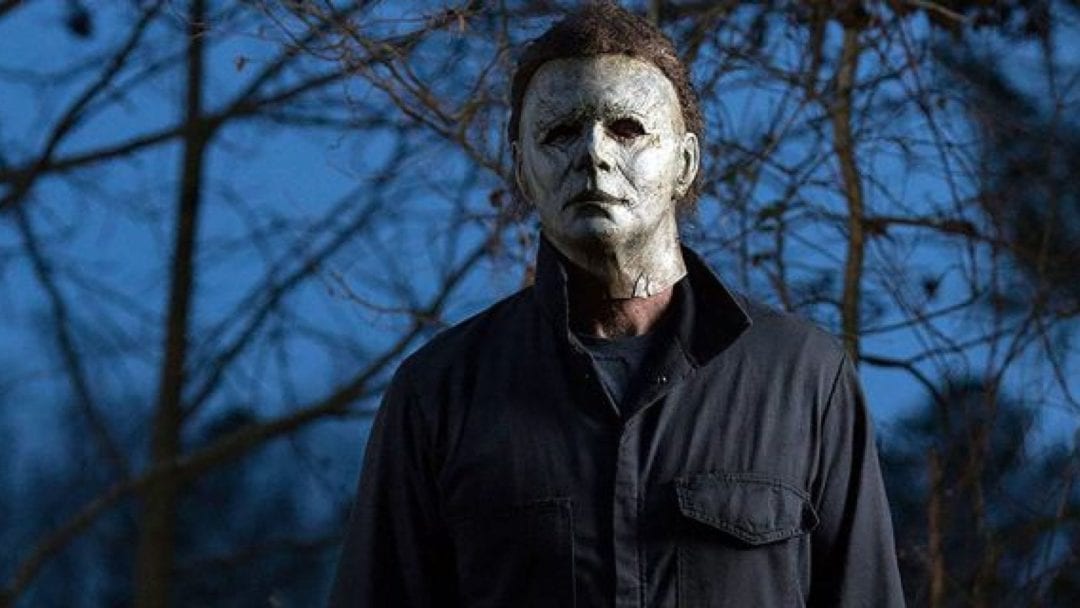 Michael Myers is a horror icon. He’s the template for psycho killers, those masked fellas intent on ruining teens’ good times and racking up double-digit body counts. Think of anything associated with a slasher movie and Michael likely did it first. And yet who is he, really? Those who followed him cracked wise or wore their motivations like bloody badges of honor, but Michael has remained quiet and mysterious for 40 years, which is exactly why he’s still so fascinating.

The new Halloween is a direct sequel to John Carpenter’s original masterpiece (H78), effectively rendering anything that came after it in the franchise moot. For the most part, that’s a good choice, not only because it explains how Michael recovered from being beheaded in Halloween H20: 20 Years Later, but also because most of the sequels are flat-out terrible.

The others either fail to understand Michael’s truth or just abandon it completely. (The weirdest departure is most certainly Halloween III: Season of the Witch, which has nothing at all to do with Michael or Laurie Strode, instead centering on a conspiracy to use chips of Stonehenge to kill children via rubber masks. It’s great fun, you should watch it.) Other entries either give us new protagonists, retcon the Halloween mythology, or both, in an understandable but misguided, attempt to keep the franchise churning out cash for as long as possible.

Rob Zombie’s take on Michael in 2007’s Halloween is admittedly more modern and in some ways more interesting, attempting to give him a humanity that none of the other films really ever provided. Michael’s tenure in the asylum was glossed over in H78, giving Zombie the opportunity to explore it fully in his own film without trampling over sacred ground. Michael still emerges as a monster, but a somewhat sympathetic monster who was doomed from the start.

There is plenty of room to pity Zombie’s version of Michael Myers, but let’s be honest: we don’t want to pity Michael or empathize with him. We don’t want to see things from his perspective. He is, as the very first Halloween makes clear, the boogeyman: an unknowable, unstoppable force of pure evil. Imagining he would’ve been fine if he’d been hugged a bit more ruins part of his appeal.

When we talk about Michael Myers, we mean something very specific: a knife-wielding figure in a mask striding silently but inexorably toward the death of Laurie Strode. Which is why I’m disappointed that Halloween II is no longer part of official canon. In H78, Michael is fixated on Laurie as soon as he spies her through the broken windows of his childhood home, but it’s never clear exactly why. Halloween II created a reason for Michael’s obsession that, while not strictly necessary, made sense based on facts established in the original film.

Our introduction to Michael in H78 is him murdering his older sister when he’s a six-year-old child dressed up for Halloween. We see his perspective through the eye holes of his clown mask as he stabs her again and again with a butcher’s knife. He’s immediately consigned to an asylum, where Dr. Samuel Loomis spends eight years trying to reach him, and then seven years trying to keep him locked up because he’d realized, as he puts it, there was nothing behind Michael’s eyes but “pure evil.”

That bit is important. We’ll come back to it.

In Halloween II, we discover that Laurie was Michael’s baby sister, removed from the family after that first bloody Halloween and eventually adopted by the Strode family. The action of the first movie now holds greater significance. Having offed one sister, Michael breaks out of the asylum where he’s been stuck for more than a decade on Halloween night and heads back to his hometown to finish off the other. We never really know why, nor do we need to. He wants his remaining sister dead and won’t stop until she is.

The why is irrelevant. We want the why to matter, but the truth is far more terrifying than any complex sequence of events that might have driven Michael mad. With the will and determination of a child, Michael wants. Children, as any parent will confirm, want what they want for reasons only they can fully understand and with a ferocity that is undeniable and unshakeable. At some point in his young life — perhaps only moments before putting on his clown mask that Halloween night — Michael decided he wanted to kill his sister. So that’s exactly what he did.

The simplicity of Michael Myers’ character is chilling because it leaves no room for reason, discussion, or logic. And now we come back to why it’s so important that Dr. Loomis was working to keep Michael locked up. If Michael was insane, the possibility would exist that he might someday be returned to some version of sanity and become recognizable as a human being. If he was broken, he might someday be fixed. But Michael isn’t broken. He is exactly as he is meant to be: evil.

Michael Myers is evil made flesh, a walking well of darkness with “the devil’s eyes.” Nothing about his physical appearance is at all remarkable. His mask is vaguely masculine, his jumpsuit nondescript. He doesn’t speak. His walk is methodical, but not distinctive. He kills dispassionately, with whatever method is convenient in the moment. He is unhurried and calm.

And that is why Michael is so perfect. Evil — true evil, not just people being shitty to each other — is unassuming and quiet. It is elegant in its simplicity. It wants to corrupt and destroy, not because it is angry or vengeful, but because that is its purpose. It is pure. Just like Michael.