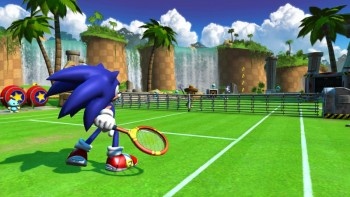 Microsoft is apparently hoping to move into Nintendo’s turf by bundling all three Xbox systems with family-friendly games for Christmas.

The company announced that the Xbox 360 Arcade package will now include Sega Superstars Tennis along with the five Xbox Live Arcade titles that already come with the console, while the Premium and Elite models will ship with Lego Indiana Jones: The Original Adventures and Kung Fu Panda. The news follows a September price cut in the U.S. and Japan, which saw the system make substantial gains against the PlayStation 3, but thus far the bundles have only been announced for North America. The base model Xbox 360 Arcade now sells for $199, while the Premium system is $299 and the Elite goes for $399.

Meanwhile, despite rumors to the contrary, Microsoft has denied it has plans for a Blu-ray drive for the Xbox 360. “As we’ve said before, Microsoft has no plans to introduce an Xbox 360 Blu-ray add-on,” the company told Edge. “Games are what drive consumers to purchase game consoles, and we remain focused on providing the largest library of blockbuster games available.”