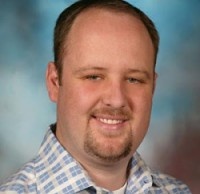 While rabid system bashing is to be expected on forums filled with fanboy zealots, it’s always fun to see it coming from companies themselves. Greenberg has been building a reputation for his frank, blunt manner, after rebuking Kaz Hirai a few months ago. The flaunting begins:

“The PS3 was down in February two percent even with the launch of Killzone 2 — that’s months of year-over-year declines. Xbox continues to head north while the PS3 is heading south. We’re gaining share.”

Greenberg ‘s obviously out for blood, as anyone who besmirches the name of PS3 messiah Killzone 2 isn’t playing around. He continued with the Killzone 2 bashing, touting the success of The Lost and Damned’s Xbox Live sales:

“If that content was sold at retail, it would be one of the best sellers across all platforms,” he added. “It would have outsold Killzone 2.”

Considering Killzone 2‘s NPD sales data so far is only for a few days, Greenberg may be jumping the gun a bit. The inflammatory comments didn’t stop there though, as he then went straight for the PS3’s jugular, attacking the system’s slipping sales.

” … with the PS3 business declining, it’s been described to me as hemorrhaging at retail right now, and it just keeps getting worse.”

Leaning on sales numbers is usually a pretty poor way to prove a point, and while Greenberg was busy giving a tongue lashing to Sony, Nintendo’s Wii sold about twice as many units as the 360 in February. Nintendo must be too busy counting its money to verbally blast Microsoft in interviews. Suspiciously, Greenberg failed to mention any of the many exciting Xbox 360 exclusives that are coming out this year.