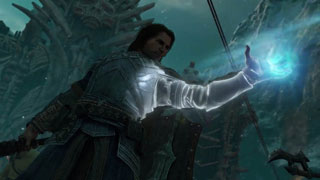 Monolith Productions has announced a two-month delay for Middle-Earth: Shadow of War.

When Middle-Earth: Shadow of War was announced in February, it was slated to release in August. Since then, Monolith has released a gameplay trailer that has only heightened gamers’ excitement for the upcoming title. Unfortunately, the wait for Shadow of War just got a little bit longer, as Monolith has delayed its release to October 10.

The news came in a post on the game’s official forums, which said,

We understand that it might be disappointing to have to wait a little longer for the release and are sorry for the delay, but we are working hard to make an amazing game. We’re excited to show more at E3.”

The move takes Shadow of War out of its position as the first big game of the holiday release season, and moves it back into October. That puts is just a week ahead of South Park: The Fractured But Whole, and likely alongside some other titles that will get release dates in the coming months. How that will affect its sales remains to be seen.

Quiz: What Mythical Monster Would You Date Get Along With?