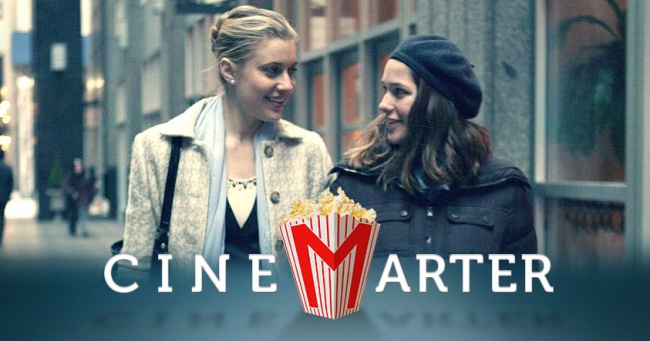 Director Noah Baumbach has had some sort of fascination with Greta Gerwig lately. While his previous film of 2015 didn’t feature the actor, three of his last four directorial outings – including this one, Mistress America – have featured her in prominent roles. If you’re one of the people who believes that Baumbach is trying desperately to copy Woody Allen, this certainly helps fit that narrative. Allen wasn’t – and to some extent still isn’t – exactly shy about focusing on one actress over the span of several films.

Set in New York – because he’s copying Woody Allen, remember – Mistress America follows a college freshman, Tracy (Lola Kirke), who decides to form a friendship with her mother’s fiancé’s daughter, Brooke (Greta Gerwig, who co-wrote the screenplay), who is more worldly, eccentric, adventurous, and knowledgeable about things than she is. That’s about the entirety of the plot. Most of the film sees Tracy and Brooke head to a location, make witty observations about where they are, and then move on. There are a couple of subplots, and the main trajectory sees Brooke trying to start a restaurant business and Tracy trying to write a short story to get herself into an exclusive school club, but far more of the film is concerned with its commentary on various places, things, and people from the two viewpoints of its primary characters. 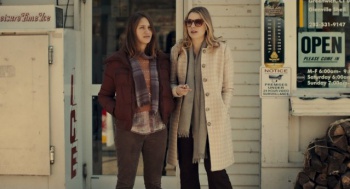 It’s entirely possible that Mistress America is the best film of Noah Baumbach’s career. With a sharp script, interesting characters – including the supporting cast, which is filled with a ton of intriguing personalities – a tiny running time and one key decision, which was to not have Greta Gerwig be the lead, it’s pretty wonderful. I laughed more during Mistress America than almost any other film this year and, as soon as it ended, I felt like I wanted to go back and re-watch it.

Part of the reason I had a desire to see it again right away is because of the style of dialogue and comedy featured within Mistress America. This is a rapid-fire comedy if there ever was one, with sharp witticisms shot back and forth between characters like armies trading bullets – but most of them are landing. Despite the quick nature of the dialogue, it remains sharp and poignant for its entirety. Granted, you’ll struggle to remember a point that was made just five minutes ago since seven more have been made in the time since, but at least it’s always engaging your brain, and at the moment most of these comments are funny, too.

I laughed more during Mistress America more than almost any other film this year and, as soon as it ended, I felt like I wanted to go back and re-watch it.

If you’re someone who saw Frances Ha and wound up irritated by its protagonist, and you have a fear that Mistress America will wind up giving you a similar feeling, rest assured, since despite being prominently featured in the movie, Greta Gerwig does not play the protagonist. As a result, she becomes a quirky supporting character, not the lead, which is far more tolerable. Instead, the leading role goes to Lola Kirke, whom you might recognize from Gone Girl, and here outdoes herself as an awkward college student. She’s the diametric opposite of the Greta Gerwig character, despite desperately wanting to be the same, and the film is fascinating as a result.

Actually, one of the main recurring themes of Mistress America involves characters wanting something from someone else. Tracy wants to emulate Brooke – or perhaps is just using her for story ideas. Brooke wants the money and stability that her ex-fiancé (Michael Chernus) and his new wife have. That wife (Heather Lind) wishes to be pregnant, and wouldn’t you know it: a pregnant woman without any other purpose spends a significant time on-screen in the film’s final third. Tracy befriends Tony (Matthew Shear), who envies her writing talent; his girlfriend, Nicolette (Jasmine Cephas Jones), gets angry at anyone who even talks to her boyfriend. The interplay between these characters is so much fun to watch. Some of these characters even get comeuppance for their sins.

Still, if you’re not a big fan of Noah Baumbach and his films, this is another one that you’re likely going to struggle to enjoy. It features his two biggest muses – Gerwig and New York – it follows self-involved characters whom you may not like, and it contains a ton of rapid-fire dialogue. It’s likely to be more approachable than Frances Ha, just because it offers more than an erratic Greta Gerwig, but it still has the same traits; if those put you off, you’ll want to skip Mistress America.

Probably the most enjoyable film of Noah Baumbach’s career, Mistress America takes a lot of energy to watch because of its rapid-fire dialogue, heaps of social commentary, and interesting characters, but for those willing to put in the effort and for those who don’t have an inherent disdain for Baumbach’s films, it’s well worth the watch. It’s funny, smart, fascinating, features good performances, and will only set you back about 80 minutes. This is one of the funniest films I’ve seen this year.

Bottom Line: Smart and funny, Mistress America is a film to watch – as long as you’re not immediately put off by Noah Baumbach’s writing style.

Recommendation: Unless you have an inherent dislike for anything Noah Baumbach, Mistress America is well worth the small time commitment.

The Last Guardian Will (Probably) be at Tokyo Game Show