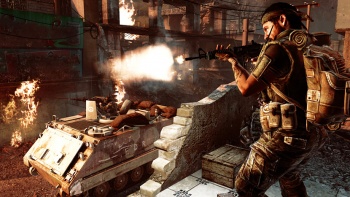 If the vanilla Black Ops just isn’t doing it for you, Treyarch is going to give you the chance to tweak it until it’s more to your liking.

Treyarch has confirmed that players will be able to mod Call of Duty: Black Ops. Writing on the official Treyarch forums, a developer using the screen name “pcdev” said that it planned to release tools after the game had launched, although he or she did not specify an exact date.

The post said that there were some technical issues relating to the engine and Treyarch’s own internal development tools that were a poor fit for modtools. It also said that work on the tools would begin after launch, as the task was “non-trivial,” and the studio was focusing all its attention on getting the game finished. Treyarch said that it wasn’t sure exactly how much players would be able to mod the game at the moment, but “pcdev” also confirmed that it would allow access to the developer console, which at least suggests a certain range of abilities.

Call of Duty: Black Ops will be released on November 9th.

Blizzard Starting To Go “Hardcore” On Heart of the Swarm