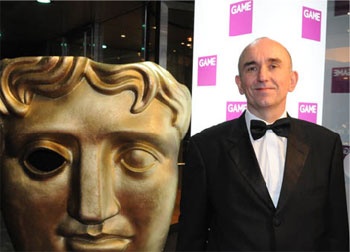 Peter Molyneux blames himself for the “insane” overcomplication of Fable and Fable II, but he’s looking to correct that with Fable III.

Last week, we learned that Peter Molyneux’s Fable III would feature some fairly extensive changes to the framework of the series with the goal in mind of “simplification.” But why is the man famous for promising the moon and the stars taking a more cautious, less-complicated approach?

The answer? Because not many people understood everything in Fable II, and Molyneux blames himself.

“There was this amazing moment when a piece of research came back [that showed us] more than half the people who played Fable 2 understood and used less than half the features in the game,” Molyneux told CVG. “And as soon as you see that you think: ‘Oh my God. What a talentless bastard I really am.'”

“How can I have made a game in which people actually understood less than half of its mechanics? It’s like making a film that makes people think: ‘It looks quite cool. I don’t know what the hell is going on, but it seems quite cool.’ You know, that’s just wrong. … So I think Fable III is all about using mechanics, exploiting mechanics, giving gameplay reason to things.”

The Expressions in Fable and Fable II were nice, said Molyneux, but in all honesty he felt they were just a way for players to do fart jokes without any emotional connection to the world. The Touch System and the Follower System, on the other hand, should be more organic and understandable: “[Y]ou suddenly turn around and go: ‘Of course, now it fits in. Now it’s part of the game. Now there are the reasons for me to do that and a consequence to me doing that.'”

“The simpler things are, the more people use them.”

But really, don’t put yourself down like that, Peter. As crazy as you can be sometimes, we still love you.

The full interview with Peter Molyneux is a very fascinating read in which he divulges that Fable III was inspired by things like UK soap opera Coronation Street and US President Barack Obama.