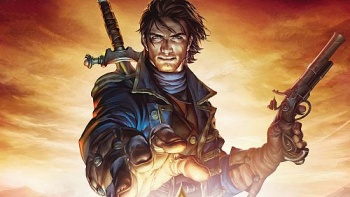 The millions of sales he’s accumulated over the years aren’t enough for Lionhead Boss Peter Molyneux – he needs an enormous hit before he’ll be happy.

Peter Molyneux’s biography makes for some impressive reading. He’s founded two game studios, he pretty much invented the god game genre with Populous in 1989, and has been honored by both the British and French governments for his contributions to the arts.

For most people, this would be an incredibly respectable list of achievements, but Molyneux says he won’t be happy until he’s released what he thinks is a “great” game. Molyneux thought that he had made some good games, but never one that someone might put in a top-five list of his or her favorite games. He said that someone might consider adding one of his games, but they would never make the final cut.

He didn’t consider his attitude to be humble, however, instead he thought that every designer should be willing to accept that not everything he or she made was perfect, and should be inspired by their mistakes. Molyneux said that he would actively seek out criticism of his work by posting under an alias on gaming forums and trying to spark a debate. His goal, he said, was to make it into the “triple-A club”, which meant making a game that sold over 5 million copies.

Molyneux’s willingness to admit to his own mistakes is possibly one of his most admirable traits as a designer, even if he is harder on himself than most reasonable critics ever would ever be. With Fable 3, which has apparently taken the mistakes of Fable 2 and corrected them, coming out next week, Molyneux might finally get that five million selling game he longs for.

NBA Jam Is On Fire for PS3 and Xbox