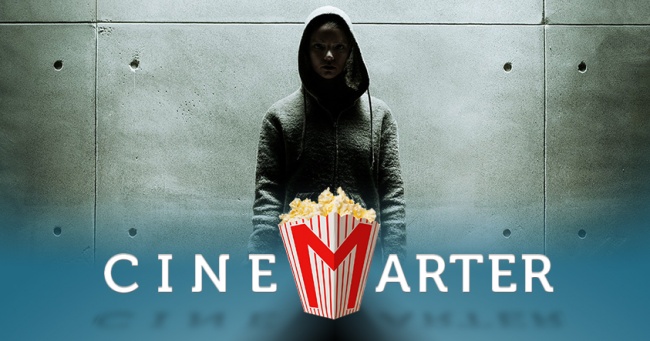 Morgan is a movie in the same vein of Ex Machina and Splice, although not on the same level of quality of the former and only arguably of the latter. Humans play God and try to create something human-ish, and it doesn’t work out particularly well for them. This time around, genes are inserted into an infant, and it grows up quickly and to be super smart. Also, it might have anger issues. Some characters in the film call it a “her,” while others refuse to attribute it a label. No, there’s nothing to read into that, although the movie probably could have gone there. Maybe it should have; it might’ve been more interesting.

The subject is named “Morgan” (Anya Taylor-Joy), because gender neutral names make for great film titles. Morgan attacked one of the scientists, which has prompted the arrival of Lee Weathers (Kate Mara), who is from corporate. Her job is to assess the risk of keeping Morgan alive. You know once corporate gets involved, the scientists are going to suffer in one way or another. In this case, they may pay with their lives. 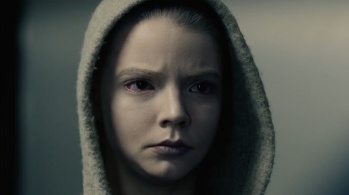 If you’ve seen the trailer for Morgan, you might think it’s a horror movie with an escaped superhuman taking on a bunch of scientists. It is not that film. This isn’t Alien in an underground laboratory. I mention Alien because Morgan has been directed by Luke Scott, in his directorial debut, and Luke is the son of Ridley Scott. Given that Morgan deals with a looks-human-but-isn’t individual, it’s probably appropriate to mention Blade Runner, too. If your father was Ridley Scott, wouldn’t you look to him for inspiration?

But Morgan isn’t either of those. The first half is almost all just talking, as we find out who all these people are, what their relationships and stances are, and what exactly Morgan is. Then the bleep hits the fan in the second half, although it never becomes the pick-em-off horror movie you might expect. It gets bloody and violent, it’s true, and the people die one-by-one, but it never tries to be scary, opting more for an action-thriller approach than anything else. Morgan acts more like a homicidal Jason Bourne than a horror monster – and the camerawork and editing adjust to match.

Morgan has a killer premise and does just enough to keep it engaging for the 90 minutes for which it runs.

That last point is unfortunate, since a couple of the action beats are shot and edited very similarly to the Bourne movies, which means you will struggle to make out what’s going on. Morgan also ditches most of its thought-provoking ideas once the action starts. You’ve got a genetically modified individual, one who’s been primarily locked inside a cage in an underground bunker, and the film rarely wants you to think about the implications of that.

What Morgan does do a good job with is getting us to empathize with the various points of view presented. We understand how Lee is here to do her job, we see how the scientists would come to – for lack of a better word – love Morgan, and we comprehend what Morgan, who is only five years old, is feeling at any given time. And because the film succeeds at this, we want to see how it all plays out. You’re rooting for not one character, but all of the characters. It has the gall to let you down, which will disappoint many but will impress those who look beyond the pure emotion of the situation.

Because Scott didn’t have a large budget for Morgan, he relies on a cast of solid actors to carry much of the load. In the lead is Kate Mara, and she’s flanked by a solid cast. Toby Jones, Rose Leslie, Boyd Holbrook, Michelle Yeoh, Vinette Robinson, Jennifer Jason Leigh, Chris Sullivan, and Michael Yare are all in and around the laboratory, while Paul Giamatti shows up for what probably winds up being the film’s best scene. And, of course, Anya Taylor-Joy, who impressed so much earlier this year in The VVitch, gives Morgan enough tics to keep us intrigued, even if she does veer heavily toward stoic terminatorness.

Morgan has a killer premise and does just enough to keep it engaging for the 90 minutes for which it runs. It stops thinking midway through when it decides to focus on the action and the thrills – neither of which is particularly well-crafted – but, by that point, we’re invested enough in the characters to want to see it through. Does that make it a success? A moderate one, I guess, although by making us care about the fates of everyone involved, it’s going to wind up disappointing once they start biting the dust. That takes guts. I’ll take it.

Bottom Line: Morgan may ignore its ideas for poor action-thrills, but it does enough to warrant the time investment.

Recommendation: I liked Morgan enough to give it a tentative recommendation – although you’d be fine to wait until it hits home video.