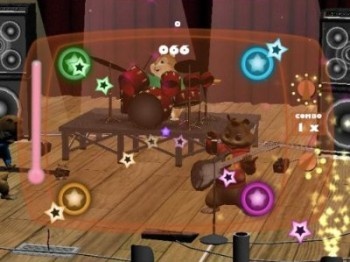 Rumors are flying hot and heavy that troubled movie-game maker Brash Entertainment will be closing its doors tomorrow after the departure of several key management figures and the loss of financial backing.

Variety says “several sources” have confirmed the pending closure, which isn’t entirely surprising given the company’s recent fortunes. Company president and co-founder Nicholas Longano left Brash in May, followed by Chief Creative Officer Larry Shapiro, who departed in July and another co-founder, Legendary Pictures Chairman Thomas Tull, in October. Brash’s first two games, Alvin and the Chipmunks and Jumper: Griffin’s Story, were rushed in development to take advantage of movie tie-ins that perhaps weren’t as successful as people had hoped, and the decidedly half-baked results met with merciless derision from critics.

Tull’s departure was apparently the final straw for the money men who had committed $400 million in backing to the company just over a year ago. Those investors have now reportedly pulled out, leaving the company high and dry; Brash confirmed the layoff of 20 employees last week and has been trying to offload some of its licenses to relieve the financial strain, but it appears to be all for naught. And as the saying goes, no cash means no Brash.

The fate all those licenses Brash had accumulated in its year-and-a-half of operation, including Saw, Superman, Night At The Museum 2 and The Tale of Desperaux – assuming the studio does shut down – is unknown. With a little bit of luck, they’ll find homes at new developers; on the other hand, with a lot of luck they’ll just disappear from sight and we won’t have to put up with yet another round of crappy movie games that nobody cares about.