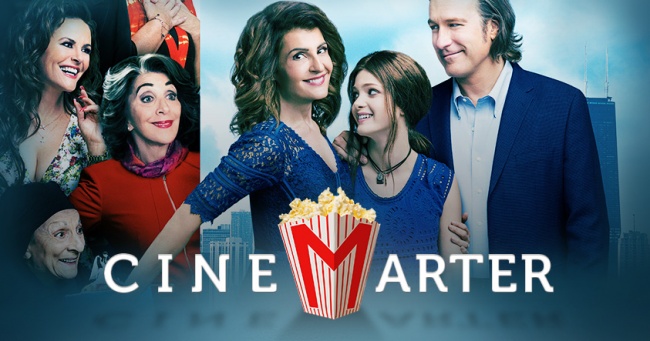 In 2002, the film world was taken over, for a good while, by a small film called My Big Fat Greek Wedding. It came out of nowhere, grossed over 70x its budget, and was all that anyone could talk about for a nice chunk of time. Both critics and audiences liked it, it got an Academy Award nomination – and yet, outside of the context of its sequel, you probably haven’t thought about it in at least a decade. It came, it took over, and then it was gone.

It inspired a TV series … which lasted a total of seven episodes. Its star and writer, Nia Vardalos, struggled to find success, and most of the cast took bit roles since then. Even John Corbett, the most famous person to appear on-screen in the series, has focused – or been relegated to – mostly on TV work. My Big Fat Greek Wedding was a funny movie that had unprecedented box office success, but otherwise changed very little for anyone. Now we’re back, 14 years after the fact, hoping to recapture even a modicum of success the original found. While I can’t speak for its box office potential, I can say that almost all of the magic of the original has been lost here, try as everyone might. 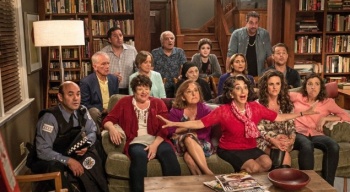 Vardalos is back as Toula, the lead – designated as such only because she gets voice-over narration and nobody else does. She married Ian (Corbett) in the other, which was more difficult than it should have been because he’s not Greek, and Greeks marry other Greeks, we learned. The barrier was broken, they now have a teenage daughter, Paris (Elena Kampouris), and while things aren’t perfect, they’re tolerable.

The wedding from the title is actually that of Toula’s parents, Gus (Michael Constantine) and Maria (Lainie Kazan), whom we learn never officially officialized their marriage. The film passes up a great chance to call a couple of its characters “bastards” without it technically being profane – and then the family decides to plan and execute an actual marriage. The B story sees Paris trying to decide between a college in New York or one close to her family in Chicago – being torn between her insane family and her independence.

The charm and spark of the original has long since dissipated; in their places are lazy jokes and references to the first film in hopes that your fond memories of it will make you cast a favorable glance upon this sequel.

If this all sounds very much like a sitcom, it’s because it pretty much is. This would be a lackluster episode on a successful sitcom, but a successful sitcom would’ve thrown it out. That’s how you avoid getting canceled after seven episodes. Anyone who isn’t Toula, Ian, or Paris acts like an insane supporting character – they’re not bad people, but they’re insufferable if we have to be with them for long periods of time. The first film focused primarily on the main relationship between Toula and Ian; the sequel makes it an ensemble affair, one in which the “leads” disappear for relatively long stretches of time.

The jokes – I laughed not once – are either rehashes of ones from the original, references to the original, or “old people, amirite?” They’re lazy, low-reaching attempts at humor, and so many of them are cringeworthy. Did we need a three-minute montage featuring an elderly man trying to learn how to use a computer? No, but we get one here. It’s outdated, it goes on for too long, and it’s mostly just not funny. There’s no culture clash here, and most of the jokes aren’t even based on the characters being Greek – maybe that’s why some of the charm has been lost, or maybe it’s because it’s been 14 years between films.

The first film didn’t have great acting, although there was a bit of a spark between Vardalos and Corbett that helped us ignore that. The spark’s gone. Part of that’s intentional – their marriage isn’t everything they hoped it would be, which threatens to become a subplot but then doesn’t – but even when they’re supposed to be “gelling,” it doesn’t work. The supporting actors are playing caricatures that aren’t supposed to represent reality – they’re one-note performances that highlight one specific trait and almost nothing more. The best performance is the one from Elena Kampouris, who garners sympathy simply for having to put up with the rest of them.

My Big Fat Greek Wedding was a sleeper hit. My Big Fat Greek Wedding 2 will just put you to sleep. The charm and spark of the original have long since dissipated; in their places are lazy jokes and references to the first film in hopes that your fond memories of it will make you cast a favorable glance upon this sequel. It’s a rejected sitcom episode that was given a big budget ($18 million!), a feature-length running time, and a wide release. It wouldn’t pass muster on cable; it most certainly is not worth a trip to the cinema.

Bottom Line: A yawn a minute, My Big Fat Greek Wedding 2 has none of the magic of the original.

Recommendation: Re-watch the pretty solid first film – you probably haven’t seen or thought about it for a decade – and skip this.