It’s Thanksgiving, which means I have about four different family functions to attend. At each of these, we’ll all go around the room and say the things for which we’re thankful. Yes, I’m thankful to be clothed, fed, housed, and presumably loved, but there are 13 things for which I’m genuinely thankful that my kin just wouldn’t understand. The Escapist will understand, though. It always understands.

1. Bruce Wayne is back, bless his vengeful little soul.

2. Christopher Nolan promises that he won’t muck up The Dark Knight Rises with the Riddler. I could just kiss him. (Nolan, not the Riddler.)

3. Doctor Who‘s Christmas special is only a month away! God bless us, every bow tie.

4. Emma is being serialized in comic form. Love me some Austen. 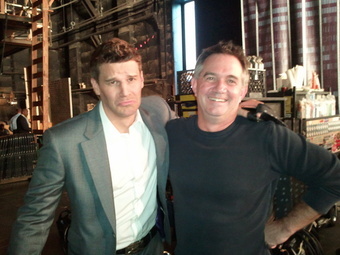 6. I finally got why everyone flips out about twitter. (It’s because it’s stupendous.)

7. Joss Whedon’s response to the new Buffy movie was good, but this reaction photo was better.

8. Katie of Star Wars water bottle fame is never going to feel like she’s lesser, either for being either a girl or a nerd.

10. Pixar can make me cry without animating a single damn frame. Well done.

11. Spider-Man: Turn Off The Dark is never not going to be funny.

12. Tangled is out in theatres, and all the reviews I’ve read have been largely positive. Fairy tales FTW!

13. “Werewolf Bar Mitzvah” is now available in its entirety, along with the rest of the 30 Rock soundtrack. “Workin’ on my night cheese..”

For what nerdy things are you thankful?