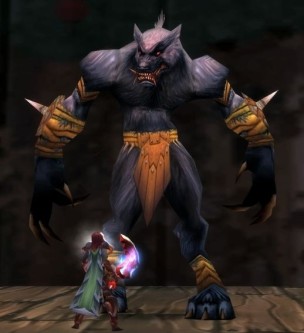 Another new pickup by NBC head Bob Greenblatt could feature a police force that has to deal with the Big Bad Wolf.

In addition to a Wonder Woman television pilot, new NBC entertainment chief Bob Greenblatt has ordered an episode of an interesting show called Grimm. True to its name, Grimm features the characters from fairy tales such as those written by the Brothers Grimm, but in a modern setting.

Grimm is billed as a “dark but fantastical” police drama that takes place in a world where the characters from fairy tales are real. It’s coming from Angel and Buffy the Vampire Slayer executive producer David Greenwalt and writer Jim Kouf.

The basic concept for Grimm sounds remarkably similar to Bill Willingham’s Fables, a comic book that stars fairy tale characters living in New York City. Like Grimm, Fables has a dark overtone. Fables was said to be picked up for a television transition by ABC in late 2008, but has gone somewhat AWOL since.

If Fables reemerges and Grimm gets picked up, it would be odd to see two fairy tale-themed dramas on television at once, but this could be good for viewers if both have their own spin. With Wonder Woman, Grimm, and other shows Greenblatt has expressed interest in such as Ron Moore’s “adult Harry Potter” 17th Precinct, I’m thinking we’re going to see at least something compelling from NBC in the near future.