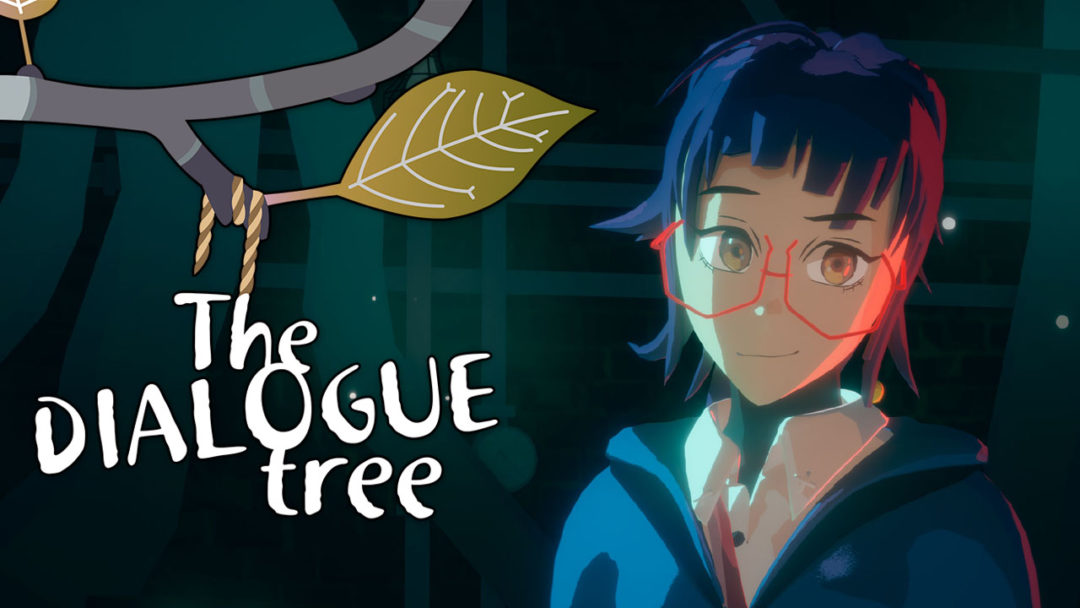 Kevin Chen wants more out of visual novels. The 2000s have been a period of growth and increasing complexity for video games, anime, and manga, but with a few exceptions, visual novels remain in a creative ghetto. Chen sees the potential in the genre, so he and his studio, Route 59, are going to blaze those trails themselves.

Necrobarista, the first major title by Route 59, is a visual novel that is more inspired by classic cinema, deconstructionist anime, and magical realist manga than by other visual novels. The game tells the story of Maddy, a combination espresso-slinger and spirit-channeler who operates out of a purgatorial cafe in Melbourne, Australia. At the Terminal, as it’s known, the souls of the dead can linger with the living for 24 final hours before moving on. Times are tough, though, and the shop has taken on some debts it probably shouldn’t have. Now Maddy has just one night to figure out and fix her workplace’s financial woes.

“We never want to make a story that’s about saving the world,” Chen explained. “It’s just about one person doing their best. Hopefully that’s a relatable situation for a lot of people out there.”

Necrobarista has two gameplay modes. The main story consists primarily of conversations with the Terminal’s various patrons, both living and dead. After each main story segment comes what Route 59 calls Explore Scenes. During these sections, in defiance of visual novel conventions, players can wander the Terminal at will, a level of free movement that is atypical of the genre. During Explore Scenes players can hunt for scattered collectibles called Memories. Each Memory unlocks a new chunk of incidental storytelling, which could be anything from a character backstory, to a lore reveal, to a recipe for an item on the Terminal’s menu.

“One of my gripes with some visual novels is there is a lot of exposition and info dumping, which can be used to great effect, but also to not-so-great effect,” Chen said. “We want to minimize the amount of, ‘Boom, this is how the magic works in the game,’ or, ‘Boom, this is how necromancy works,’ or, ‘This is where the cafe comes from.’ Instead of putting that in the main story, it’s hidden in the cafe, and it’s up to player to figure it out if they want to.”

Some aspects of Necrobarista will be unabashedly alien to international audiences though. The game makes full use of its Australian setting, liberally deploying Aussie slang — “durries” are cigarettes, for the uninitiated — and cultural references. Locals will be able to recognize that the game is set in the fashionable suburb of Carlton, a neighborhood populated equally by hipster-ish students from the nearby University of Melbourne and Italian ex-pats from the restaurant-dense Lygon Street. That confluence of discerning, caffeine-dependent residents has resulted in a rich cafe culture.

Perhaps the most distinctly Australian aspect of the game though is the presence of Ned Kelly, a man who needs no introduction — among Victorians, anyway.

“Ned Kelly is essentially a folk legend at this point,” Chen explained. “He was a real person, though. He was a bushranger, a kind of outlaw. He had a lot of conflicts with the local police, which at that time was very corrupt, which is why people saw him in this positive light. He’s dead in the game, but he’s being hanging out for a long time now. He’s one of the main antagonists of the story. Not to say that he’s a bad guy, but his interests are in direct conflict with Maddy’s interests.”

Kelly and his gang are especially celebrated today for the absurd get-ups they wore to their final, fatal shootout with the police. The outlaws crafted crude plate armor out of borrowed and stolen farm equipment, which Kelly believed would render them bulletproof. It didn’t work, at least not well enough. Two of Kelly’s gang died in that showdown in 1880, and Kelly was captured after taking several bullets to his unprotected hands and legs. The suits themselves, though, have become Australian cultural icons. Kelly’s is on display at the State Library of Victoria, still rippled with dents from the police bullets it successfully halted.

Kelly’s ghost still wears his iconic, Solaire-like helmet in Necrobarista. The headgear gives him a much blockier look than his costars, a visual flourish Chen says was inspired by coming-of-age manga Goodnight Punpun, in which the world and supporting cast are all rendered realistically but the protagonist is depicted as a simple cartoon bird. Kelly’s face being completely obscured will also save Route 59’s animators and cinematographer a heap of work.

“Unlike most visual novels, which have copy/pasted faces, or sprites, every single face we did in Necrobarista is bespoke to the shot,” Chen said. “I also think we’re one of the very few studios, let alone indie studios, that have a director of photography in-house working full-time.”

Visual bombast is one of Necrobarista‘s raisons d’être, but it’s also been the source of some of the game’s biggest challenges. It wasn’t enough to take visual novel conventions and increase the fidelity a little bit. Every visual upgrade ended up requiring a cascade of other corrections to keep the title looking internally consistent and lifelike.

“When you play a game like Fire Emblem or Phoenix Wright, you realize that what you see on the screen is an abstraction, not what is actually happening,” Chen explained. “You know that the two characters are not just standing immobile, blinking occasionally. And because it’s an abstraction, you’re more focused on the vibe it gives, the emotions, the overall setting, and you can focus on the text below. That doesn’t hold true for Necrobarista, because it’s so much more like real life. And not in a good way. It hits this uncanny valley, where what’s happening on the screen is not just an abstraction; it’s what is supposedly actually happening. But the characters are still just super still; their mouths aren’t moving. They’re kinda just there, and text boxes are appearing. That feels really dead.”

In their search for a solution for Necrobarista‘s ironic lifelessness, Chen and his team aimed high. Very high. In the end, they borrowed a few tricks from one of the greatest filmmakers of all time.

“Akira Kurosawa, one of the things we steal from him is ambient environmental animations,” Chen said, evoking the persistent downpour of Rashomon and the rivers of dust that flow through the streets of Yojimbo. “Rain is a massive part of Necrobarista‘s visual identity. You can have two characters just standing there, but if there’s rain falling in the background — whoa, suddenly it’s alive now, right? You take away the rain, and it’s unclear whether the scene is happening in real time or not. Things like smoke, fire, light particles, dust motes. We use those judiciously to make things feel more alive.”

Kurosawa isn’t the only Japanese film legend Chen is attempting to imitate. His vision for the future of his studio is highly ambitious.

“When we started making Route 59, our goal, lofty as it was, was to be the Studio Ghibli of visual novels,” he claimed. “That doesn’t necessarily mean just quality, or renown, or fame. We wanted to make works in a medium that is traditionally for a fairly set demographic, but for everyone. Anyone can watch Ghibli stuff. It’s universal. No one’s gonna look at it like, ‘Oh, it’s just anime.’ And there’s nothing wrong with anime, I fucking love anime. But there’s so much more out there that could be done with it. We really hope that the visual novel crowd will enjoy Necrobarista, but we didn’t make it to pander to anybody. We wanted to make something very human, very universal, and different.”

Necrobarista comes out in 2020 for PlayStation 4, Nintendo Switch, and PC.

Dauntless Cross-Play Has Ballooned the Player Base to 15 Million