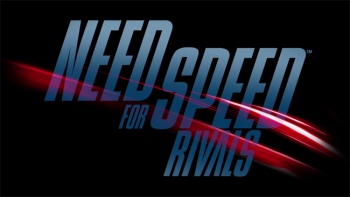 Need for Speed has been around for a long while now, debuting way back in 1994. A lot of things have changed with the general feel of the game over the years, and the most recent title, Need for Speed: Rivals continues to shake things up with the franchise’s unique approach to racing. Rivals isn’t just a racing game, though. It’s a racing adventure.

Rivals tries to tell a story, but it’s not really a story that needs to be told. You’ll have to endure a few minutes of ultra-cheesy dialogue over the course of the game, primarily between chapters in career mode. The Racers are out of control, wreaking havoc all around Red View County, and the Cops have decided that it’s time to put a stop to it. The Racer dialogue sounds like over-the-top anti-establishment chatter you’d expect from Hackers, while the Cop narrative is right out of a Noir cop drama. There’s even talk of societal breakdown, which seems a bit overblown given that it all amounts to nothing more than people speeding. The focus of the game isn’t on the story, however, so as long as you can laugh at the melodramatic voice overs, the game doesn’t suffer in the least for the lack of real plot.

Rivals is so named because of the conflict between the Cops and the Racers, which are the two playable factions in game. There’s a separate career mode for each faction, which you can switch between at any point from your home base. You’ll earn ranks as you complete missions and earn SpeedPoints, which unlock more difficult challenges in new areas of the map. Rivals also does the Open World routine exceedingly well. If you’re tired of working on your mission, you can simply drive the streets and look for AI or Player-controlled Racers to go head to head with, either racing them or busting them, depending on your faction. There are static event points scattered around the map as well, so you can just set your GPS to a Race, for example, and take part in a point-to-point race against other AI Racers (or Player Racers, if you’re playing online.)
Both factions will get quests as you progress through the career. These quests are basically just checklists of things you have to accomplish which offer rewards like new cars, Pursuit Tech, and customization options. For example, if you’re playing as the Cops, you might get an Assignment to patrol 10 miles of road, bust three Racers, and get a silver medal on an Interceptor event. Alternately, as a Racer, your SpeedList (this is what they call the Racer missions) could include escaping from a pursuit, drifting 100 meters in one go, and getting gold on a medium difficulty Race. The system is nothing more than your basic quest system, but there are three paths you can go down with each faction, depending on your playstyle, which really adds to the experience. If you’re in a racing mood, you can opt for the Race path, but if you’d rather do some crazy free-driving, you can choose the Drive quest instead.

Playing as the Cops, your primary goal is to Bust Racers. To do so, you basically just smash into their car and hit them with Pursuit Tech, such as Spike Strips, repeatedly until it is destroyed. You can initiate a Pursuit any time you see a Racer on the road, simply by hitting them with your car, or with a button press. You’ll also be busting Racers during some of the events scattered around the map. The events are where the real fun is, although it is still highly entertaining to go on a random Pursuit while you’re driving around aimlessly. Cops have events like Rapid Response, which requires you to get from Point A to Point B as quickly and safely as possible. Every time you hit something, time is added to your clock, so you have to carefully balance speed and control during these events to minimize your time. Rapid Response is likely going to appeal to the highly technical drivers, while the other events are definitely more tuned to the casual and mayhem-loving player. Hot Pursuits, for example, are street races that you have to put a stop to. Three to four racers will be speeding to the finish line, and you have to apprehend as many of them as possible before the race ends. Chasing three cars down a busy, winding road at 150mph and then ramming them is the best kind of chaos. It’s intensely thrilling to plow through two Racers, then have to chase down the third for miles, so you can take it down just before the finish line. Finally, there’s Interceptor events, which is just a one-on-one Cop versus Racer situation. The Racer is trying to lose you, while you’re trying to ram it into oblivion. These can be quite a bit more challenging than the Hot Pursuits, since there’s no racing path to follow, so they can easily shake you by taking an unexpected exit off the highway. 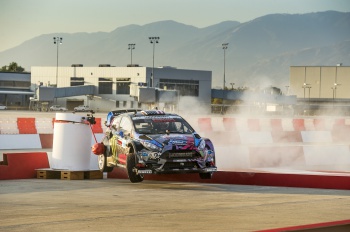 Racers, on the other hand, have four basic event types: Races, Time Trials, Hot Pursuits, and Interceptors. They’re largely the same missions, except taken from the other perspective. With Races, you’re simply racing a number of other cars to the finish line, while Hot Pursuit has your race interrupted by the Cops, so you have to evade the Cop while still maintaining your position. Time Trials are simply races against the clock, and Interceptor events require you to outmaneuver the Cop and escape before it busts you. Racers tend to be a bit more fun to play, especially if you’re looking for a racing game, rather than a tamer version of Twisted Metal, but the Cops are a bit easier to progress in the career with. Escaping from an Interceptor event is likely the most fun you’ll have with this faction, since the Cop cars chasing you can seem so overpowered, it’s immensely gratifying to see the Escape meter tick up to full after a couple minutes of white-knuckle driving.

The customization options are limited, which you might appreciate, since it’s not as overwhelming as some other more dedicated racing games out there. As a Cop, you don’t even need to upgrade your car, the only things you can spend SpeedPoints on are cosmetic customizations and Pursuit Tech, including Shockwave Ram, which blasts cars in front of you, Road Blocks, which have your compatriots create a roadblock in the path of the Racer you’re pursuing (although in twenty some-odd roadblocks, every single one of them was evaded,) and Helicopters, which throw down Spike Strips in the path of the Racers. Others are less exciting in general, but can be crucial in specific situations. Racers get largely the same Tech, but they have an exclusive Turbo tech which grants insane temporary acceleration. This is the single most fun Tech to use in game, as it’s like going into warp drive, only you’re trying to stay on the road and avoid oncoming traffic. Some of the most horrifying and glorious crashes will be while you’re using your Turbo. Unlike Cops, Racers get to upgrade their cars, so you can maximize Control if you’re looking for tighter steering, or Top Speed if you’re unable to keep up in the races. These upgrades are fun to tinker with, but seem a tad expensive so, unless you’re farming SpeedPoints, you’ll rarely be able to afford too many of them.
Need for Speed: Rivals is anything but a realistic racing game. The basics of acceleration, drifting, and some collisions are at least mostly grounded in reality, but the bulk of the experience is completely wacky. Jumping a Ferrari off a highway overpass and hitting the ground still moving at 100mph is far less realistic, and far more entertaining than the alternative of dying in a horrible explosion.

Rivals utilizes the next-gen capabilities brilliantly. The graphics are simply stunning. From the scenery along the road to the highlight reel whenever you unlock a new car, you’ll constantly be amazed at how gorgeous things are in this game. The music is largely kept in the background, never really being offered the spotlight, but it does offer a selection of music for you to choose from while you’re driving around, assuming you can hear it over the squeal of tires and blaring sirens all around you.

Multiplayer features require both a PS Plus account and an Origin account to use, but the nature of the game really lends itself to drop-in/drop-out multiplayer. When someone joins your game, be they Racer or Cop, you can see them on your map and chase them down so you can challenge them to a Race or Pursuit. If you’re looking for some non-AI competition in the Race events, you can even group up for a race by having everybody near the event point when it is activated. Aside from the base, the entire experience is seamless with no loading screens to speak of. Unfortunately, it does take several seconds to load between the base and the world, so if you’re banking your points frequently, you’ll be stuck staring at loading screens a bit.

Need for Speed: Rivals is surprisingly fun. Unless you have a serious aversion to driving in games, you’ll thoroughly enjoy it. It’s wildly intense, full of action for both factions, and visually breathtaking throughout. The open world gives you plenty of freedom, while the mission system will keep you on track when you want a more structured experience.

Bottom Line: Need for Speed: Rivals is like the love child of GTA and Grand Turismo. It avoids the repetitive closed-course race tracks in favor of a fun, free-spirited open world racing experience.

Recommendation: Even if you’re not into racing games, Rivals is an unexpectedly amazing adventure racing experience.

This review is based on the PlayStation 4 version of the game.