Developed by indieszero. Published by Nintendo. Released April 25, 2014. Available on Wii U. 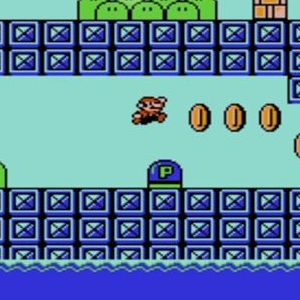 So, to be entirely clear, the first NES Remix was not the greatest thing in the world. It was somewhere between lackluster unofficial WarioWare game and nostalgia-heavy cash in. NES Remix 2 is an improved and simply better game, with party elements that really cash in on the legacy of Nintendo games as the ones you remember playing with some friends in a crowded living room, and social elements that improve the solo experience. In the end, however, the game tries hard to unite disparate pieces of various games that weren’t quite connected enough to function. In the end, this is a great set of demos for a bunch of games you’d have way more fun just playing through.

In the game, you find more than 150 tiny pieces of 10 NES games. As you play the challenges, you’re hit with a few little objectives in a scene from the games and you get three attempts. Once you complete the challenge, or don’t, you get from one to three stars and move on. Alternately, you could play what are called remixes, adding new challenges such as an inability to control how fast or where Mario is moving, or playing as Link to slice up bricks with his sword while navigating a Mario level. The games are all excellent, like Mario 3 and Metroid, but these tiny slices and remixed changes just don’t feel like the ideal way to play them.

Again, playing all of these challenges and remixes is fun. It’s interesting. The game saves little videos of your best times and scores, it compares you to global leaderboards. There’s even a cute reconstruction of the 1990 Nintendo World Championships to play through. All of these things are fun, but they’re not quite connected into what you’d call a really enjoyable full game. There’s probably five or so hours of fun to be had here. The experience is too fragmented and incoherent to be awesome, feeling like the demo disks that used to come with video game magazines in the PlayStation 2 era. These are all games you should just be playing on their own.

And let’s be very realistic, if more of this game was comprised of actual remixed content, if it actually was Remix instead of Challenge with a little bit of Remix thrown in, that would be an excellent game. The remixes are by far the most interesting part, and if they started and ended with that concept, if this was five hours of these ten games being smashed together until all of the late 1980s NES catalog bled into a fever-dream of beep-booping “Metroid in Mario Land” insanity: That would be a great game. But it is not. It does not deliver on that promise.

NES Remix 2‘s one real strength lies in actually playing it with other people. Sitting down and trying to best each other’s scores really is quite fun and reveals some of the good design at the bottom of these old titles. When thrown into a real, in your face challenge environment the game does thrive.

The thing that really crushes the game, though, is this: There are “convenient” links to the eShop to buy the full versions of the included games from within NES Remix 2 itself. Absolutely not, Nintendo. Absolutely not.

Bottom Line: If you had fun with the first NES Remix, then consider this one too. It’s better.

Recommendation: Pick a single game featured in this game and buy that from virtual console instead. It will be a far better use of your time.