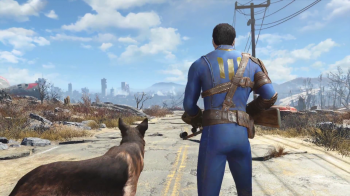 The latest update for Fallout 4 is now available for PC users, with the update expected to release on consoles later this week. Fallout 4 Update 1.3 adds a number of fixes across all platforms, including correcting an issue where your character became dismembered while still alive (ouchie), issues with NPCs getting stuck in Power Armor, and – finally – you no longer have to tap into your copper supply in order to build wires. There are some pretty exciting quest fixes, but some of them also contain spoilers, so if you’re brave, feel free to scroll down to see them. If I had to choose a favorite part of this update, however, it would be this one: “Fixed an issue with Minutemen quests repeating improperly.”

The full Fallout 4 1.3 patch notes are listed below, but be warned: there are some minor spoilers.

How EA Can Regain Trust on the PC