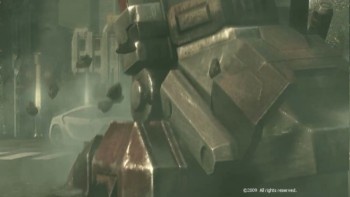 Reports are surfacing that Vancouver-based Piranha Games is working on a new Mechwarrior game and unlike most rumors, this one is accompanied by a video.

It was 20 years ago that the original Mechwarrior appeared on PCs, a groundbreaking game that let players build and deploy an elite mercenary unit throughout the five major Houses of the Inner Sphere while hunting for the marauding forces who destroyed their planet and killed their family. Three full sequels and numerous add-ons have followed, although the series has been idle since the 2002 release Mechwarrior 4: Mercenaries.

When Microsoft pulled the plug on FASA Studio, the developer that took over the series from Activision following Mechwarrior 2, it looked like it might be the end of the franchise. But in December 2007, FASA founder Jordan Weisman announced he had licensed the rights to Mechwarrior and other properties through his new startup, Smith & Tinker, saying he wanted to “surprise and delight old fans, while welcoming new fans to these fantastic worlds.”

That moment of surprise and delight may be rapidly approaching: Voodoo Extreme has posted a nine-second teaser along with a message saying, “Perhaps a Piranha will post a proper trailer later in the week?” A link to the original Smith & Tinker announcement regarding the FASA rights is also included.

You don’t get to see much in nine seconds, true, but this sure looks like a new Mechwarrior game. For one thing, those flags on the left side of the screen as the video opens are blurry but don’t try to tell me that’s not the Federated Suns insignia on them. And is it just me or does the end of this trailer remind anyone of the opening of this one?