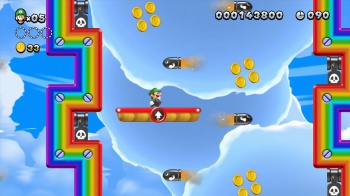 The downloadable content will feature alternate versions of over 80 NSMBU stages, and will be available at some point in 2013. Players will be able to switch between the regular NSMBU and Luigi-focused stages at will.

No release date or price was given for the DLC, though Iwata stated that it would take a while to complete, so a safe guess would be that we won’t see New Super Luigi U until the second half of 2013. Congratulations, Luigi; it only took 30 years for Nintendo to appreciate you as much as your brother.

Gas Powered Games Gets Bailed Out by Buyer