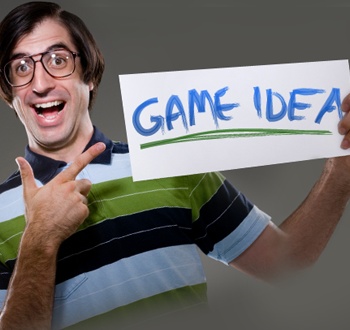 Would-be game designers are usually deathly afraid that someone is going to steal their game design, but they shouldn’t worry – nobody really wants it.

Not because the idea isn’t good, although it usually isn’t, but because when it comes to videogame development, ideas aren’t really worth all that much. As industry veteran Erin Hoffman explains in Issue 221 of The Escapist, even experienced designers need more than just an idea to get greenlit:

If you’ve stuck with me this far, you already know that game ideas are usually worth less than the paper they’re written on. Even experienced studios with veteran developers and piles of shipped titles under their belts have a hell of a time selling a game idea based on a pitch. And if they can’t do it, you can’t do it either.

So we get it, right? Game ideas aren’t commodities. You don’t need to worry about your idea being stolen, because even if someone did steal your idea, they’d still have to sell, build, tune and ship it, at which point it would be a completely different idea arrived upon through the development process than where they began.

But if you still aren’t convinced, the other reason no one will ever steal your game idea is that no one really wants to work on any game except his or her own.

Still think you have the concept for the Greatest Game Ever tumbling around in your head? Read the rest of Why Your Game Idea Sucks and find out why you’re wrong.