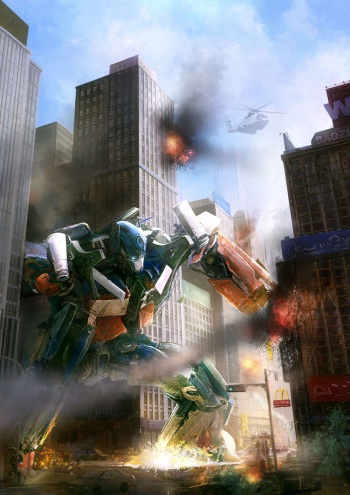 We’re not sure if this is good or bad news.

It seems like once a movie trilogy is completed, the next step is to start working on a reboot of the film franchise. Thus, there’s been a ton of speculation about where the Transformers movies are headed, now that Transformers: Dark Side of the Moon has blown into theaters. However, film producer Don Murphy has revealed that a reboot isn’t going to happen anytime soon.

Murphy recently commented on the subject within his personal website’s forums:

Shia Labeouf and Michael Bay have both stated that they’re not coming back for another Transformers movie because … well, let’s be honest, Bay can make money hand-over-fist no matter what he does and he’s bored making movies based on toys (though Labeouf’s days are probably numbered, seeing as how he helped make Indiana Jones seem uncool).

So, at the moment here’s what we know about the next Transformers movie, which is undoubtedly already in the works since it’s already made back twice its production budget: It won’t be a reboot, it won’t have Michael Bay helming it, and “douchebag Peter Parker” won’t be in it. That said, die-hard transformers fans will probably hate it anyway, based on Murphy’s last line.

MovieBob Talks Mario Movies, Game Journos, and the State of the Industry