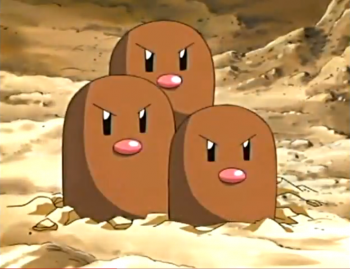 Pokemon Black & White aren’t even out in the West yet, but Nintendo is already developing products in the extremely popular series for its next-generation handheld. And nobody was surprised.

According to Official Nintendo Magazine UK, Nintendo big boss Satoru Iwata told investors that new games in the lucrative franchise were on the way. “We are also developing Pokémon related products on the Wii and 3DS,” said Iwata, and my guess is that he isn’t just talking about a custom Pikachu stylus.

Of course, “Pokemon-related products” is a pretty vague term, and it doesn’t in any way indicate a new entry in the “main” series beyond Black & White. If there were a new “fifth generation” title released for the 3DS, it would be the first time in the franchise’s history that a generation was split between two different handhelds. Prior to this, every Pokemon generation was on its own hardware: 1st Gen on the original Game Boy, 2nd Gen on the Game Boy Color, 3rd Gen on the Game Boy Advance, and 4th Gen on the DS.

Honestly, it would have made more sense to me for Nintendo to have held off on Black & White and released them as launch titles for the 3DS. I’m surprised that they didn’t, frankly.

Oh well, it could always just be a new Pokemon Ranger or one of those other spinoffs. Or it could be a new Pokemon Snap that took advantage of the 3DS’ cameras and accelerometers to give it an augmented-reality touch.

Swapping the Arcade for the Living Room