Nintendo has announced a $20 DLC Pass for The Legend of Zelda: Breath of the Wild.

In a YouTube video today, Zelda producer Eiji Aonuma announced an expansion pass for upcoming The Legend of Zelda title, Breath of the Wild. The expansion pass will be available on launch day, March 3, will include new content rolled out at two different points during the upcoming year, and will cost players $19.99.

The “Expansion Pack Bonus” will be available on launch day, and will include three new treasure chests in the Great Plateau. These chests will include “useful items” and “exclusive in-game clothing” – a shirt with a Nintendo Switch logo that Link can wear. 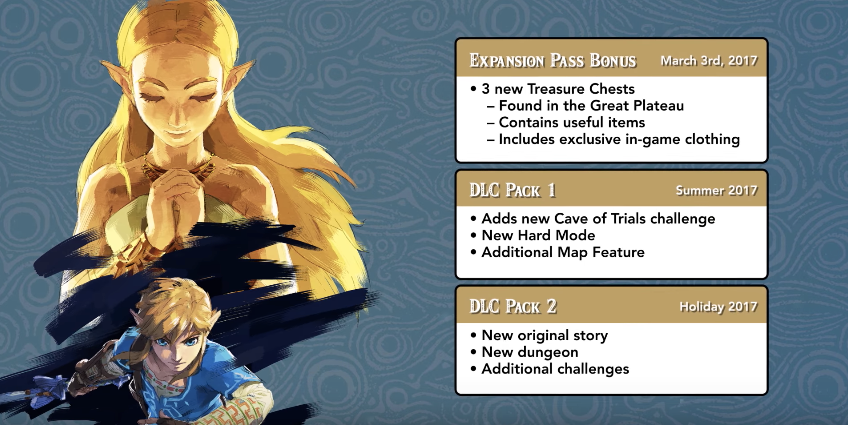 The DLC packs cannot be purchased separately. The expansion pass is available for Wii U and Switch versions of the games.

The Battlefield 1 Winter Update is Live, Bringing a Ton of New Features to the Game