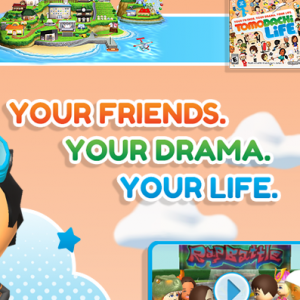 The company issued a statement today that seeks to correct for its tone-deafness earlier this week.

After a brutal period of intense criticism that began earlier this week when Nintendo issued a tone-deaf justification for its decision not to include same sex relationships in Tomodachi Life, the company’s American branch today issued an unambiguous apology. While Nintendo reiterates that adding the option into the life simulation game isn’t possible even via a patch, it promises that future versions of Tomodachi Life will be built “from the ground up” to be a more fully inclusive game that “better represents all players”.

The full statement follows below:

Nintendo is Committed to Fun and Entertainment for Everyone

Redmond, Wash. — We apologize for disappointing many people by failing to include same-sex relationships in Tomodachi Life. Unfortunately, it is not possible for us to change this game’s design, and such a significant development change can’t be accomplished with a post-ship patch. At Nintendo, dedication has always meant going beyond the games to promote a sense of community, and to share a spirit of fun and joy. We are committed to advancing our longtime company values of fun and entertainment for everyone. We pledge that if we create a next installment in the Tomodachi series, we will strive to design a game-play experience from the ground up that is more inclusive, and better represents all players.

This statement is of course a far cry from earlier this week, when the company responded to a fan-driven effort to convince it to include same-sex relationships in Tomodachi Life by dismissing such relationships as “social commentary.” That response caused an epic outpouring of criticism from many sectors of gaming journalism and fandom, not to mention some rather heated arguments online.

The controversy was also a serious, and unneeded headache for Nintendo, coming just one day after the company confirmed a staggering half-billion dollar loss for the fiscal year 2013. With revenues plummeting and the Wii U all but confirmed as a flop, Nintendo is in dire straits, and will depend desperately on the famous loyalty of its fans if it intends to pull itself out of its current woes.

Whether or not this ends up being a defining moment for the company remains to be seen. It can be argued convincingly that had Nintendo taken this position on Wednesday, the matter would never have escalated. As things stand now, however, the move is a welcome course correction, and a hopeful sign that the company has learned from its mistake.