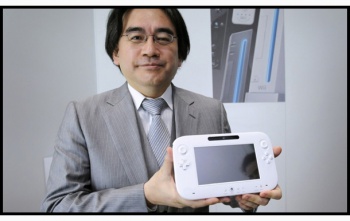 Nintendo boss Satoru Iwata and other execs are taking a huge pay cut due to the Wii U failing to meet sales projections.

Following Nintendo’s poor performance with the Wii U last year that necessitated major reductions in its sales projections, Nintendo CEO Satoru Iwata is shouldering the responsibility by taking a huge 50% pay cut. Other company directors haven’t been spared, as their salaries are also being reduced but at a more conservative 20 to 30 percent. This pay cut will begin next month and will last until June this year. After the time frame, a salary decision will be made depending on Nintendo’s standing.

In Nintendo’s recently released financial statement, it revealed that the company amassed over $15 million in operating loss from April to December due to the Wii U not meeting sales projections.

While these titles each sold over one million units, the “Wii U” business as a whole was not able to recover fully, and the global sales of the “Wii U” hardware and software reached only 2.41 million and 15.96 million units respectively.

Nintendo’s hardships are nothing new, with the hardware maker even considering a restructuring of its business, though it has ruled out making smartphone games — at least for now.

Is Iwata the one to blame for the Wii U’s failings? How would you think CEOs in U.S. companies would react if they had to take a pay cut whenever their companies underperformed?