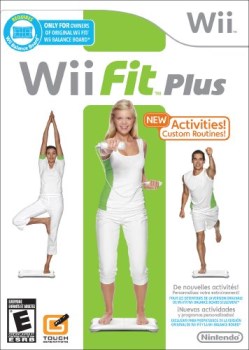 Nintendo now owns the entire patent portfolio of a company that sued it in 2010 for – you guessed it – patent infringement.

It probably seemed like a good idea in 2010 when Maryland-based IA Labs launched a lawsuit against Nintendo, claiming that the Wii Fit, Wii Fit Plus and other peripherals infringed upon two of its patents. But Nintendo defended itself against the claims and won the case in early 2012, and was also awarded some of the legal fees it incurred in its defense. IA Labs appealed and lost again in June 2013, and was ordered to pay Nintendo’s additional legal fees.

Sadly for IA Labs, it couldn’t afford to cover those costs, and so the court ordered the sale of its assets, including its entire patent portfolio, which was snapped up by none other than Nintendo.

“Nintendo’s track record demonstrates that we vigorously defend patent lawsuits, like the IA Labs lawsuit, when we believe we have not infringed another party’s patent,” Nintendo of America Vice President and Deputy General Counsel Richard Medway said in a statement. “This includes holding those who sue Nintendo responsible for the costs and expenses incurred in patent litigation.”

Microsoft’s Phil Spencer: Xbox One Won’t Be The Last Console