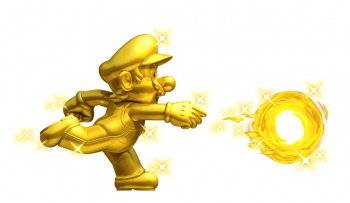 Celebrate the month of Mario with cheap NES and Game Boy classics from Nintendo’s eShop.

With only a few weeks to go until New Super Mario Bros. 2 launches on the 3DS, Nintendo has declared August “the month of Mario.” To celebrate, the publisher is dropping the price of one retro Mario game a week on the 3DS eShop, starting on July 26.

The first game to go on sale will be the NES classic Super Mario Bros., which will drop in price to $3.99. On August 2, Super Mario Land will be available for $2.99, followed by Super Mario Land 2 at the same price on August 9. Finally, Mario’s Picross will be $2.99 beginning on August 16.

Each sale will only last one week, so move fast if you want to get your hands on some old-school Mario games at a discount. The games will only be a dollar cheaper during the month of Mario, so perhaps this isn’t the biggest celebration Nintendo could have orchestrated. Then again, having a new first-party 3DS game may be reason enough to celebrate.

Ouya No Bigger Than a Rubik’s Cube