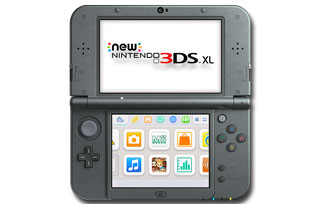 It sounds like Nintendo plans to keep making games for the 3DS even after the Switch is released.

There’s been some concern among Nintendo fans that the launch of the Switch next year might spell the end of the 3DS. After all, the newly announced console can be used as a portable handheld device, so why would Nintendo need a dedicated handheld? If you’re worried, you can relax – the 3DS isn’t going anywhere.

In an interview with Bloomberg, Nintendo president Tatsumi Kimishima explained that, “Thanks to our software, the 3DS is still growing.” That growth is why Nintendo believes the handheld can continue to be successful, and that, “rather than being cannibalized by the Switch, we think the 3DS can continue in its own form.”

It sounds like the 3DS will continue to receive support once the Switch is out. Of course, that’s something that will likely only continue as long as the 3DS continues its market success. If Nintendo sees a lot of people bailing on the 3DS to play on Switch instead, it very well might change its tune.

If You Have Skyrim PC Saves that Use Mods, They Won’t Work With the Special Edition

Inferno – Are We Finally Done With Dan Brown?