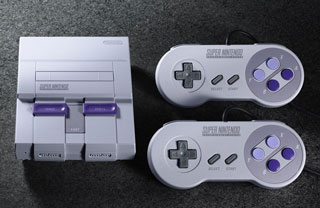 Since Nintendo announced the Super NES Classic back in June, there’s really only been one question that gamers in the US want answered: When can we pre-order the damn thing? Wal-Mart’s website began accepting pre-orders late on July 21, a Friday night, and the units quickly sold out. However, the company announced the following week that it was canceling those pre-orders, as they had gone live due to a “technical glitch.”

There’s been no further word on when we might be able to throw our money at Nintendo for one of the retro units, but on its Facebook page yesterday, Nintendo announced that the opportunity will be coming soon.

“We appreciate the incredible anticipation that exists for the Super Nintendo Entertainment System: Super NES Classic Edition system, and can confirm that it will be made available for pre-order by various retailers late this month.”

The company went on to say that, “A significant amount of additional systems will be shipped to stores for launch day, and throughout the balance of the calendar year.” This is in line with previous Nintendo statements, when it said that it would “produce significantly more units of Super NES Classic Edition than we did of NES Classic Edition.” Hopefully it’s a lot more units, as the NES Classic shipped 2.3 million units, and it seemed like there were a lot more that never got their hands on one.

There’s no specific date for pre-orders to begin, but hopefully we’ll have a update and specific dates and times from Nintendo soon. If you really want a SNES Classic, you’ll want to keep an ear out for news. Odds are they’ll go quickly.