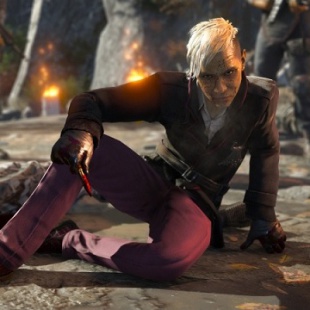 People went online to complain about FOV controls in Far Cry 4 just to discover they were revealing themselves as pirates.

Far Cry 4‘s field of view glitch is an intentional one – that is, if you don’t have a legitimate copy of the game. Alexander Hutchinson, creative director at Ubisoft Montreal, told PC players complaining about the lack of field of vision controls that they must have pirated the game.

Hutchinson said all legitimate copies of the game connected to the internet will have automatically received the feature via a launch day patch. Hutchinson also noted that many complaints were popping up before the game’s Nov. 18 launch. (His initial tweet was sent on Nov. 17.) Complaints on Reddit surfaced on Nov. 15 as one user said the FOV slider was nowhere to be found, later updating the post to say FOV controls are in a day one patch.

Far Cry 4 is experiencing legitimate problems affecting the game, though. Ubisoft is updating a blog with live updates on known issues in Far Cry 4 as it works on its upcoming second patch. Some of these problems include PC crashes, data corruption on the PS3, and invalid preorder code redemption for the “Blood Ruby” bonus mission, or a lack of the email at all.