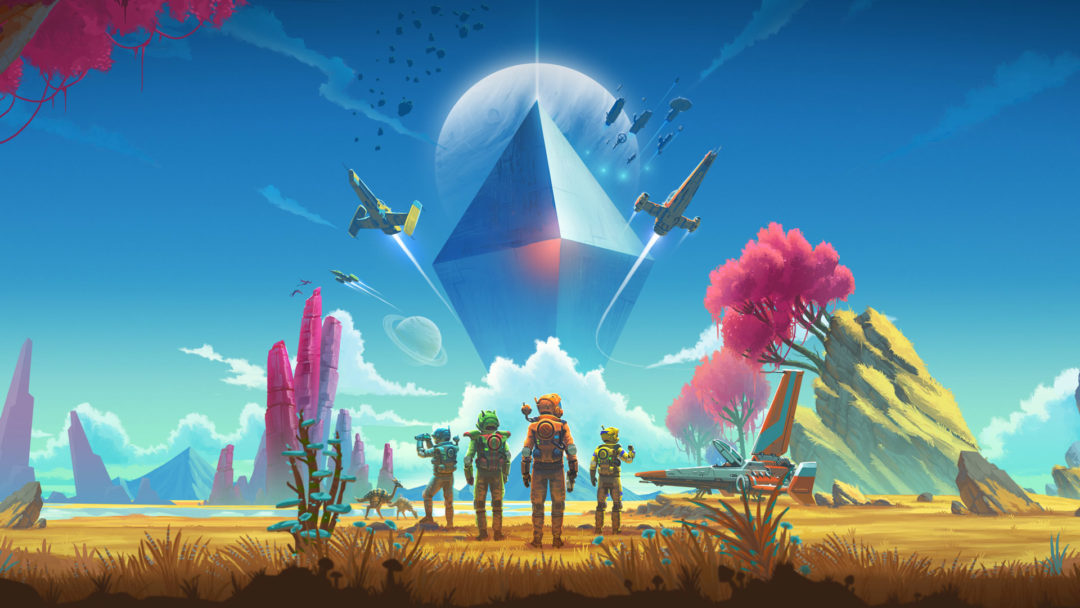 No Man’s Sky: Beyond, the next major update for the game, will be released Aug. 14.

Hello Games has been cryptic about what exactly the update will contain but has suggested that it will be the biggest update the game has received to date. 505 Games’ Antonela Pounder mentioned in a blog post today that Beyond will be a larger update than even last year’s enormous Next, which introduced true online multiplayer and a third-person perspective, completely overhauled the crafting and resource-gathering mechanics, and improved the game’s graphics and UI elements.

Sean Murray has previously stated that Beyond will actually be three updates rolled into one. The first of these will be No Man’s Sky Online, a “radical new social and multiplayer experience.” Murray insists that No Man’s Sky is not being turned into an MMO, so exactly how these new social and multiplayer aspects will work is unclear. Hello Games has also insisted, and today 505 Games has reiterated, that the Online module of No Man’s Sky: Beyond will be free to download, will not require a subscription, and will not contain microtransactions.

The third module of Beyond has yet to be revealed.