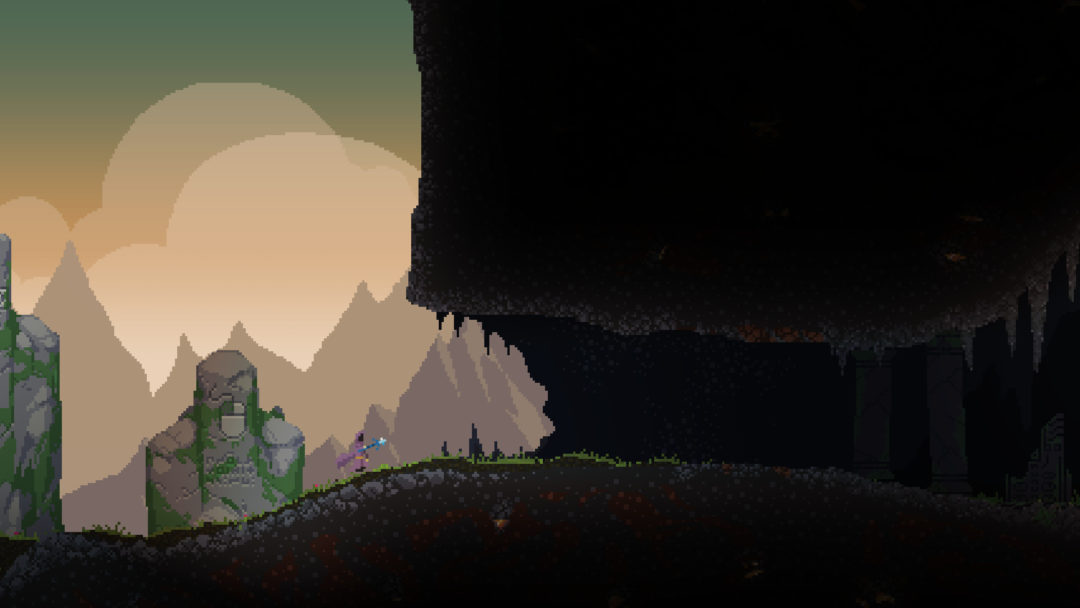 Some of the creators behind Baba Is You, The Swapper, and Crayon Physics Deluxe are taking their creativity to the next level with their pixel-physics-based roguelite, Noita.

Noita finds its footing in its Early Access trailer by showing off the different ways players can use magic and the world around them to their advantage.

Noita takes the ideas brought forward by physics tech demos and applies them into a fully-realized, procedurally-generated roguelite. Gas ignites, walls crumble, and fire burns wooden structures to a crisp – the visuals alone are impressive. Two highlights from what the game’s update trailer has to offer see lightning coursing through a body of water and ice breaking apart to reveal an exit.

Nolla Games is the crew of three developers behind Noita, each of which are highly experienced in the indie scene. Petri Purho is responsible for the delightfully simple Crayon Physics Deluxe, while Olli Harjola and Arvi Teikari worked on The Swapper and Baba Is You respectively.

The game was first revealed two years ago and, when speaking with Polygon, Harjola talked about how the game has been in development for five years.

Noita comes to Steam Early Access Sept. 24 with a console release planned for the future.