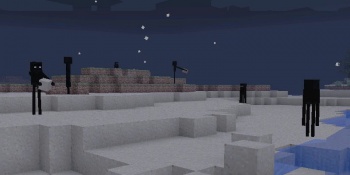 With 20 million registrations and a paying player base quickly approaching 5 million, it would be a stretch to consider Minecraft the underground indie sensation it once was … and Notch agrees.

Marcus “Notch” Perrson may have gotten his start as a no-budget programmer, but as Mojang has become more successful, the now famous developer has had to shift priorities, losing the ability to call his company “indie” in the process.

“I don’t think [Mojang is] indie in the sense of how I used to work any more,” Perrson said during an interview with PC Gamer, “because we have a payroll to worry about and we need to do stuff to ensure the company lasts.”

“We have other stuff which influences what we do other than trying to focus on the games. We make sure me and Jakob [Porser] are only focusing on game development, so the founders are still developing. But as a company, I don’t think we are indie in the sense that I used to mean it. But in the other sense of indie – as in we make games we want to play without having any external dependencies – then yeah, we’re indie.”

It may sound as if Notch is simply discussing the semantics of an admittedly loose definition, but he’s using the distinction to describe the way an indie developer operates after finding success. Even so, Notch doesn’t think the word “indie” still means what it used to, commenting that back in the days of the “garage programmer,” indie developers didn’t even charge for their creations.

“These days it’s become hip to pay for indie games,” he said. “That’s partly down to people charging for it, like with the Humble Indie Bundle, and partly because of Steam doing awesome stuff.

“[Being indie is] much easier these days, but there’s still no guarantee you’ll make a profit. If you’re doing it out of passion and just want to get some money back, it’s definitely doable.”

While I doubt that it would be easy for any programmer, regardless of his or her skill, to duplicate the success of Minecraft on a whim, Notch has proven (or at the very least, helped to prove) a model in which a passionate creative with a good idea can actually succeed in a market flooded with multi-million dollar development and marketing budgets. Times may have changed, but independent developers actually getting paid for their work when their work is worthwhile seems a step in the right direction.

The Indie Royale Gets Serious