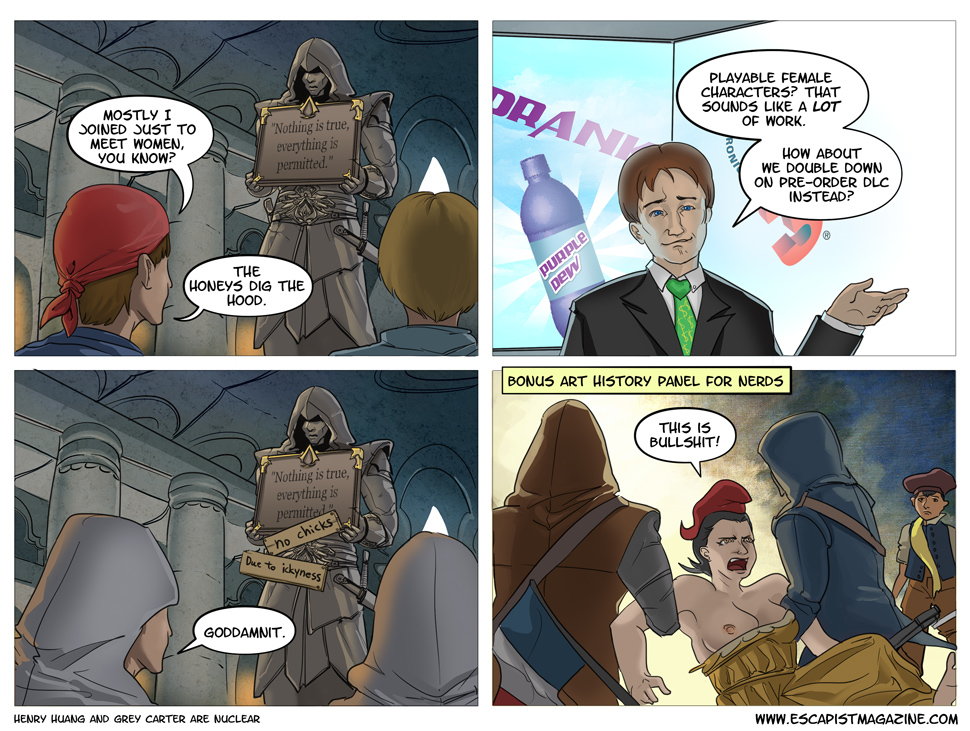 Gamers ask for feature in popular game.
One of the richest developers in the world, helming one of the most successful franchises in gaming history, claims a lack of resources means game won’t have said feature.
Eyebrows are raised.

Eh, whatever, hopefully we’ll get some playable female characters in next month’s Assassin’s Creed game.

Halt and Catch Fire Review: The Supporting Cast Gets Some of the Limelight