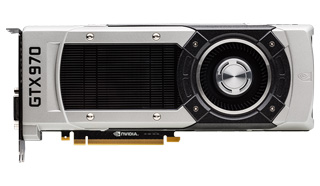 If you follow the world of PC gaming hardware, you know all about the legal trouble Nvidia has had over the advertisement of the GTX 970. Despite the card’s success, there were some issues in how Nvidia marketed it, chief among them, their claim that the card had 4 GB of RAM.

Instead, the card hard a 3.5 GB block of memory, and a separate, slower 512 MB block. Other disputed claims include the advertised 64 render output processors (actually 56) and the claimed 2,048 KB L2 cache (actually 1,792).

Rather than take the case all the way and chance a judgment that they didn’t like, Nvidia has negotiated a settlement. This settlement will deal with 15 class-action lawsuits consolidated in Northern California, as well a pending action in San Diego. As is typical in these cases, Nvidia’s settlement includes them denying all allegations of any wrongdoing.

Both sides in the action have agreed to the settlement, but it is still provisional at this point, which means you can’t file your claim just yet. Furthermore, the odds are that this will only apply to US purchasers, since it’s a US court case.

The bottom line is that anyone who purchased a GTX 970 will be eligible for a $30 refund from Nvidia. The details on how to claim it are not yet available, but we’ll keep on eye on the situation, and pass on the details once they become available.

Hearthstone‘s Next Adventure – One Night in Karazhan revealed