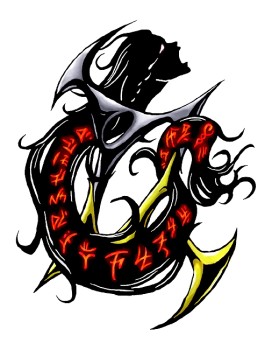 There’s not going to be a sequel to Planescape: Torment sequel but if there was, Obsidian CEO Feargus Urquhart says “it would have to be done right.”

I’m going to tell you right here and right now that nobody’s talking about doing a Planescape: Torment sequel. There are no rumors of a follow-up, no mysterious, unannounced projects in the works or strange “Planescape”-like trademark filings bubbling to the surface. It ain’t gonna happen, people.

Unless it does, of course. “I remember right after finishing Planescape: Torment I spoke to [lead designer] Chris Avellone and asked what he wanted to do, and he was like, ‘I don’t wanna do a sequel!’ We haven’t talked about it in ten years, but it might be different now,” Urquhart, who at the time was head of PS:T developer Black Isle Studios, told Play Magazine. “But a lot of revisiting old games is about saying, ‘Okay, that worked in 1999, what would work now?’ And how would you do it again?”

“We’d have to think a lot about it, because it would have to be done right, otherwise the fans of the original would be pissed off and new people wouldn’t get it,” he added. “That would be terrible.”

It’s a question that every potential sequel has to contend with, but the problem is particularly acute for Planescape: Torment. Despite Urquhart’s words, the game didn’t really work at all when it came out in 1999; it was critically acclaimed but sold poorly and despite the legend that’s built up around it over the years, it would probably perform even worse in today’s market. Yet any sequel that failed to cleave to the original with absolute fidelity would be nothing short of a catastrophe in the eyes of the small but incredibly devoted fan base. It’s almost a no-win scenario.

And why do we need a sequel in the first place? A better idea is a brand-new game set in the City of Doors, perhaps with a nod to the original – a trip to the Gathering Dust Bar, perhaps – but that’s otherwise completely unrelated. I’d love to go back to the Planescape setting but Torment, I think, is best left alone.