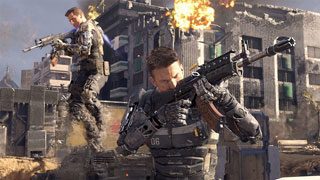 If you’ve been waiting to get a crack at the Call of Duty: Black Ops 3 mod tools, you can jump into the beta now.

Back in April, Treyarch invited a number of modders into the closed alpha for the Call of Duty: Black Ops 3 mod tools. Now, after five months of testing and updates, Treyarch is rolling out access to the mod tools for everyone as the open beta kicks off.

In an update on their site, Treyarch said,

“Opening access to modding and mapping tools to a wider audience will allow us to more effectively address bugs, add polish, and move closer to a complete suite of PC features. While these tools are most certainly for the community, they wouldn’t be possible without the community itself, which is why we’re grateful for your patience and participation.”

Treyarch plans to continue development on the mod tools, allowing them to incorporate feedback from the beta. The company also announced that they’ll have an Unranked Server Browser included in the open beta to allow users running mods to join each other’s custom games. That’s necessary, because there’s no release date for the Unranked Dedicated Server files right now.

If you want to see what modders have created with the mod tools so far, you’ll be able to do so when the Steam Workshop for Call of Duty: Black Ops 3 opens, which Treyarch says will be “soon.”

All the Battlefield 1 Discounts, Bonus Offers, and Bundle Deals