As is so often the case, my daily regimen of perusing the web for pornography news and professional curiosity led me to a headline (and corresponding news story) that left me irrationally enraged. And no, it wasn’t this one. Or this one. Or even this one.

It was this one: Theaters set aside “Tweet Seats” for Twitter users. Assuming that some of you have better things to do than click over to The LA Times, the story is about the growing trend of movie theaters and other venues setting aside specific seating areas (presumably away from everyone else) where those seated would be allowed to text and tweet from mobile phones – a practice that is (supposed to be) forbidden in theaters otherwise.

This outrage, quite simply, cannot stand. It’s been enough of a struggle to convince thoughtless dolts not to talk on their phones during a movie, only to have the age of texting/tweeting/browsing add the extra annoyance of light pollution added to the mix … and now we’re going to tell them it’s okay so long as they’re in a special seat?

Ugh! It’s enough to send me flashing back to the one happy aspect of my onetime career as a movie theater usher (read: non-union janitor) – the sublime pleasure of getting to kick people out of theaters. To this day, few things have filled me with more deliciously wicked glee than being sent to tell unruly drunks, overly talkative groups of teenagers, phone talkers, texters or entire families unwilling to keep their ill-behaved children in their seats that they had to leave the theater – and that, if they didn’t, the retired Marine working our security detail (it was a tough neighborhood) was going to make them. To this day, despite the terrible pay and working conditions, I miss that job every single time I’m in a theater and someone simply will not shut the f*** up!

But, then again, it is the holidays, so perhaps I’m being uncharitable to my fellow (very, very stupid) man. After all, it’s entirely plausible that in this age of social isolation and interpersonal disconnect – nevermore connected, nevermore alone or whatever trite lament-of-the-digital-age you prefer – what I’m dealing with aren’t knowingly rude people, but people who never learned that their behavior is wrong in the first place. After all, with schools too busy teaching kids how to pass the Standardized Aptitude Test to teach them basic life skills (or anything else) and theaters clearly too terrified of drooping ticket sales to enforce their own rules, it’s possible that no one ever bothered to tell these phone addicts how to act in a movie theater.

So let’s fix that. I present to you, with encouragement to pass it around …

1. Turn Off The Stupid Phone

I understand. Phones are such a constant presence in our lives we feel like we must have them on all the time. This feeling is incorrect for 99.99% of people.

I have seen thousands of people answer their phones in movie theaters since the cell phone was invented, and not once have I ever seen the person in question respond with, “What? The President’s daughter? Kidnapped? I’m on my way!” or even “Tell the nurses to prep him for bypass, I’ll be right there!” Never happens.

You are not Batman and Commissioner Gordon is not on the other end of that phone. If your life/job has something going on in it that is so important that you cannot possibly be out of phone contact for an hour or two, you are clearly involved in something too important to take time out to see a movie. Everybody else? Phone goes off when you sit down, and if it rings, lights up, is answered or whatever else, you should be ejected from the theater without any prior warning and without a refund. 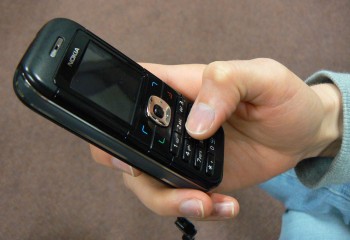 The premise behind texting (other than allowing Generation Facebook to speak to each other in the same language-decimating shorthand on two different streams of communication) is that it’s a way to have a phone conversation in (relative) privacy while in a public space. Texting on a subway, bus, etc. is largely unobtrusive to others, given how small and (relatively) quiet the devices tend to be, particularly in daylight.

Movie theaters, however, are designed to be as dark as possible, which means the beams of digital light emanating from that tiny device are, in fact, a distraction to those around you. Here’s a rule of thumb: If you can use it as a flashlight, it’s probably not something only you can see.

3. When Possible, Choose Your Seat With Consideration for Others

There are many reasons to get up and leave the theater during a movie. The vast majority of them (weak bladder, nausea, nicotine-addiction-requiring-a-dash-outside-for-a-smoke) are things you probably already know are likely to happen before you go to the movie in the first place. As such, be considerate. If you’re reasonably certain you won’t be sitting the entire time, try to take an aisle seat so you won’t be climbing over everyone else on your way out.

This can be a tricky one.

Generally, the proper way to act in a movie or any “presentation environment” is to be quiet – or, at least, to not draw attention away from the screen to yourself. But, as everyone knows, group viewing occasionally inspires an audible reaction from said viewers: applause, screams, cheers, laughter, etc. As such reactions are, ideally, spontaneous, knowing when one is appropriate can be a social minefield for the best of us.

In most cases, the movie itself is probably looking to help you out. Why do scenes of physical comedy often continue after the initial pie-in-the-face with further stumbling and bumbling? Because they expect the audience to still be laughing. Why is there a beat after the action hero delivers his clever one-liner? To give you a second to snicker at it. When the monster jumps out of nowhere and the lead actress screams at the camera before turning and fleeing, the movie is telling you, “You can scream now, too – you won’t miss anything until she’s done.”

On that same note …

5. Reacting Inappropriately On Purpose Is Not Funny

This one goes out to “Generation Y.”

Kids? Uncle Bob here. Look, I get why you do this, and I accept that it’s largely my generation’s fault. We took so much pleasure in using the ramped-up information speed that came with the Internet Age to subject every single entertainment formula and trope we’d grown up with to merciless nitpicking and snark, and as a result you’ve grown up with the idea that the only acceptable reaction to any sincere display of emotion or hint of manipulation in a movie is above-it-all condescending laughter – in spite of you having lived neither long nor hard enough to be jaded about anything.

For example, the execrable Scream movies have taught you that the right way to react to a telegraphed scare or bloodshed is to laugh – which, in and of itself, isn’t necessarily wrong, as long as it’s honest. Instead, at every horror movie I go to, there’s always one or two brats in the audience forcing themselves to fake-laugh at the scary parts. Stop doing that. It’s obnoxious. See also: Doing your hilarious impression of porno movie music (“bom-chicka-wah-waaaaah!”) at the beginning of a sex scene. Oh, and young men? The volume at which you “Daaaayyyyuuuumm!” the actresses onscreen is not convincing anyone of your heterosexuality one way or the other, so cool it. 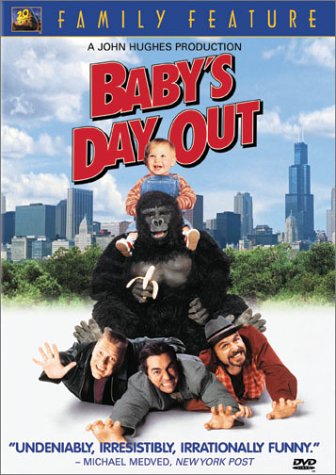 To put this in a more specific sense: hipsters sitting behind me at the War Horse screening? The reason I didn’t sit through the credits was that if I had to listen to you comedic geniuses yammering on and using “sentimental” as a context-free criticism (especially since the word you’re actually looking for is “maudlin”) and mocking an actor’s sad voice, I was probably going to strangle you with your own “ironically”-twee scarf. Ooh, you think John Williams’ music is manipulative? You must have traveled far and seen much hardship, to be so profoundly jaded and untouchable by mere sentiment at so young an age. Sorry, no. Pauline Kael got to be cynical about Hollywood sentiment because she’d studied the medium her entire damn life – you’re cynical about it because you’re quoting an Adult Swim skit. Zip it. The only people your age who’re allowed to be jaded about anything are carrying rifles in Iraq – you’re carrying a thrift store (style, you bought it at Hot Topic) satchel in a mall. Shut up.

6. Your Baby Does Not Belong In A Movie Theater

The only thing worse than a cell phone going off during a movie is a crying baby, because nobody feels bad about being annoyed with a cell phone. Most of us are hardwired to be at least somewhat deferential toward young children and the parents of young children, so the psychological push and pull between “Tell them to get out of here” and “Be nice, babies are a tough job” is deeply uncomfortable.

Once again, I’m sympathetic – in theory – to those with babies to take care of, but movie theater attendance is one of those places where my sympathy runs out. Forget for a moment how awful you’re making it for everyone else in the theater and ask yourself: “Why would I bring a baby here?” A movie theater is a vast, pitch dark, unfamiliar place filled with sudden flashes of light, loud noises and hundreds of complete strangers carrying who-knows-what in terms of colds and germs – it is literally the last place you should be bringing an infant.

A common (and sensible sounding) retort to this is always “But I can’t afford a babysitter,” which to me always sounds like an alarming misalignment of priorities. If you honestly cannot pay for both a movie ticket and a babysitter, you probably can’t afford a movie, period.

7. The Theater Is Not a Playground

Also known as Your Older Child Who Still Behaves Like A Baby Does Not Belong In A Movie Theater, Either.

Some people, for reasons that utterly elude me, think a workable solution to “My kid won’t sit still” is to let them run around the aisles (or in and out of empty seats) while the adults continue to watch the movie. Setting aside the issue of how inconsiderate and stupid this is (since anyone who does this is beyond help in those arenas at this point), as someone who has cleaned up a movie theater for a living at one point I can assure you without reservation that the floors and open areas of the average multiplex are not places where you want your children to be playing.

8. The Ticket Includes The Whole Show

You may not care about the trailers preceding the movie or the ending credits, but other patrons – myself included – do, and the price of the ticket includes those parts of the show. So if you’re going to leave (or enter) during them, try to do so in a manner that doesn’t disturb or impede the completionists around you. I do not want to miss Nick Fury showing up to invite anyone else into The Avengers because the guy sitting next to me decided he needs to beat the traffic home.