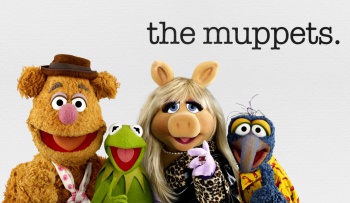 The Muppets are finally back on television, but One Million Moms doesn’t find them to be family-friendly anymore.

The Muppets are many things to many people, but “perverted” probably isn’t one of them – despite the distinct lack of pants among its cast. Yet that’s exactly how One Million Moms views their latest TV series, which premiered last night to generally positive reviews. In a recent statement – published before the first episode aired – One Million Moms criticized The Muppets for its apparent lack of family values. Specifically, they fear Jim Henson’s beloved characters are making too many sexually-charged jokes and endorsing pro-choice feminism.

“The mature version of The Muppets will cover a range of topics from sex to drugs,” the statement reads. “Miss Piggy came out as a pro-choice feminist during an MSNBC interview. The puppet characters loved by kids in the 1970s and 1980s and beyond are now weighing in on abortion and promiscuity.”

What One Million Moms is reacting to are interviews and promotional materials suggesting The Muppets is “sort of” adult. The series follows a mockumentary style similar to shows like The Office, taking a candid look at each Muppet’s personal life. That being said, the only explicit sexual joke One Million Moms references is a commercial where Kermit jokes “Finally, a network TV show with full frontal nudity”.

Of course, pop culture boycotts are nothing new for One Million Moms. The conservative Christian activist group rallied against Archie for addressing gay marriage, launched a campaign against Black Jesus, and didn’t especially care for gay superheroes either. Ironically, One Million Mom’s criticisms seem to actually attract a bigger audience to each work – that Archie issue ended up selling out, for example.

“Many parents unknowingly will let their children watch an episode only to find out its perverted nature too late, unless they are alerted ahead of time,” the statement continues. “Meanwhile, parents will have to explain to confused children that the program they once were allowed to watch is no longer a nice show. This would have been completely unnecessary if ABC had made the program follow its original family-friendly design.”

It’s probably worth remembering The Muppets always had an adult streak. Jim Henson wanted the original show to appeal to parents as well as children, which he achieved using self-referential comedy and an excessive burlesque style. If The Muppets seem more adult today, it’s only because they’re parodying adult content – which still seems good-natured and non-explicit so far.

Meanwhile, family-friendly shows like Sesame Street are still in production thanks to HBO, which absolutely supports adult content. What a strange world for a Muppet to live in.