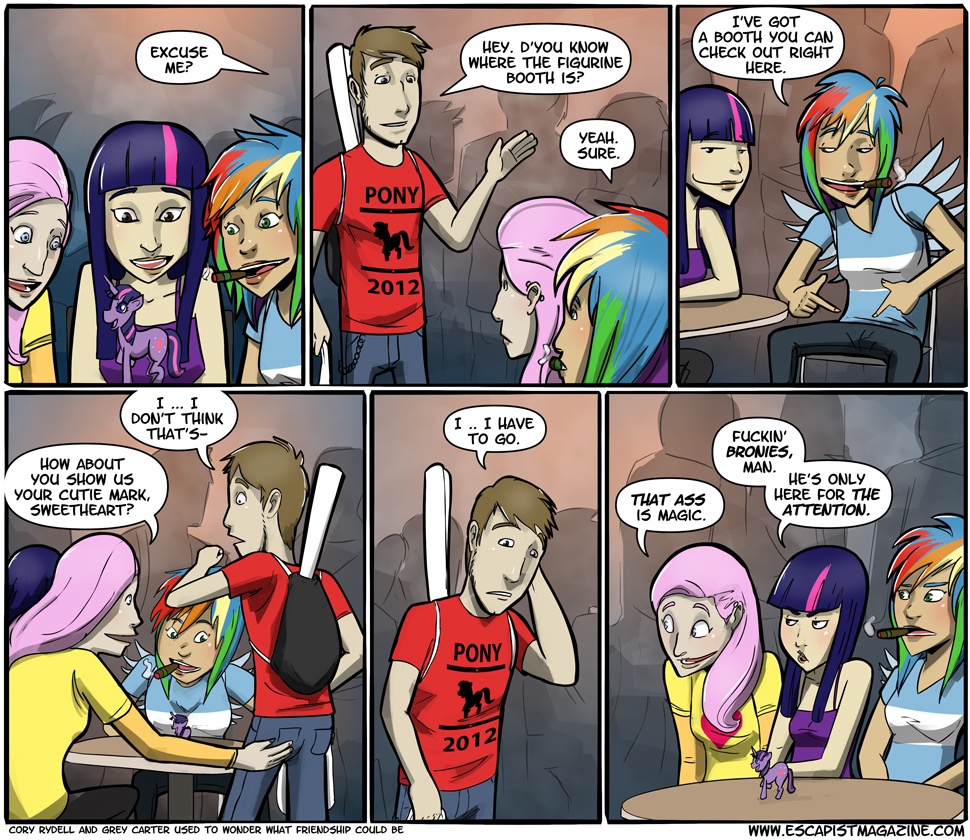 We usually try to avoid tackling controversial “issues” in Critical Miss. This is a space for tired Pokemon jokes and odes to my phallus, not political discourse. But after hearing about the appalling treatment of so-called “Bronies” at the hands of callous female My Little Pony Fans, we’ve decided we have to make our voices heard.

At cons, not only are Bronies subjected to numerous unwanted sexual advances, some critics have even questioned their motives for attending such gatherings in the first place. Every year, male fans face the same, insipid accusations that they attend cons simply because they know they’ll be the center of attention, and the leers of female pony fans will somehow “satisfy their hollow egos.”

Women, imagine if you were attending a convention, and some petty little tit claiming to be a kind of geek gatekeeper were to question your right to be there based only on your gender. How would that make you feel? Pretty terrible, right? Never mind that questioning other people’s geek cred and worrying that “attention seekers” might be stealing your limelight is a giant, flashing sign that reads “I have poor self-esteem,” the extra scrutiny placed upon genuine male fans is likely to drive them away, leaving only the “attention seekers” you claim to detest.

Please, ladies. The hate has to stop.

In other news: Sexual Harassment Fluttershy has replaced Stupid Sexy Mudcrab as my favorite character.