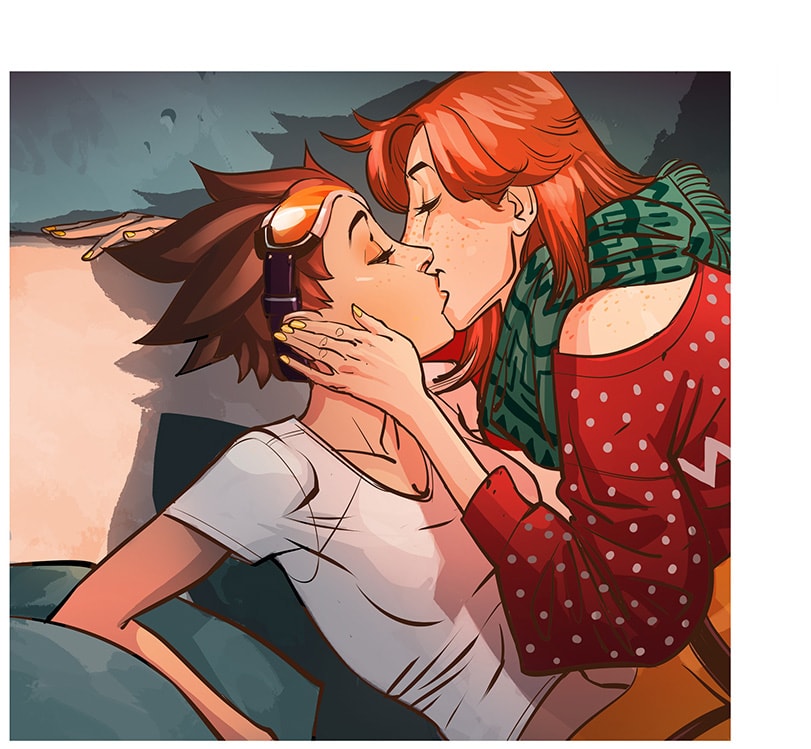 Overwatch fans have made plenty of theories about who fancies who in the world of the game, but until recently Blizzard has been pretty silent on the matter. In an interview with Kotaku, Blizzard stated that it would be officially outing one of the game’s characters as LGBT “soon,” and now, with the release of Reflections we know who it is. The comic, which has a Christmas theme to it, follows Tracer as she rushes to find the perfect gift for her girlfriend before the stores close, and still make it in time for Winston’s Christmas party.

I know, you were probably expecting it to be Zarya, right? I did to, and I would scold myself for stereotyping but Overwatch‘s characters are all pretty much walking stereotypes already.

Blizzard stated before that it wanted to make the game feel as inclusive as possible, and even came under a bit of fire when it changed a character’s pose because one fan thought it was “too sexy” for her. (Funnily enough, it was Tracer, the same character who has just been outed as LGBT.)

You can read the comic in full right here and then check out all of the other Overwatch comics that have been released since.