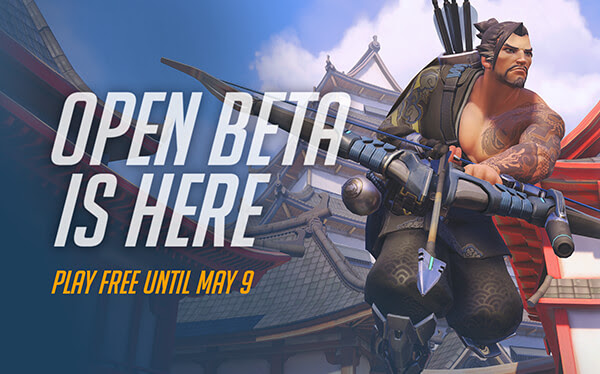 You can play Overwatch‘s open beta for free right now on Xbox One, PS4 or PC, even if you didn’t pre-order.

If you’ve been “onlywatch”-ing Blizzard’s upcoming shooter Overwatch, jealous of all the cool kids that got into the closed beta, now is your chance! From today until May 9 the game is in a full open beta, meaning anyone can join in the fun, regardless of whether they pre-ordered or had a beta key. What’s more the beta is open for all three of the game’s platforms: PC, Xbox One and PS4.

For instructions on how to join on your platform of choice, go to the game’s official Beta website. No purchase is necessary!

The game launches later this month, on May 24, so checking out the beta is a great way to “try before you buy”. If you find you enjoy it, you can pre-purchase the game for your platform of choice, in either the standard (PC only), “Origins”, or “Collectors” editions.

It’s worth noting that all progression including skins, rewards, levels, and stats gained during the open beta will be reset at launch.

Nintendo-Themed Vans Let You Kick Out in Style