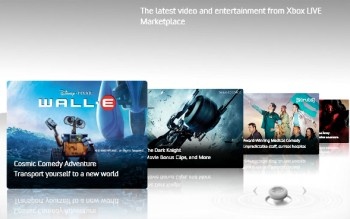 Outspoken industry analyst Michael Pachter thinks that Microsoft will raise the price of an Xbox Live Gold subscription over the next few years.

Speaking in an interview with GameTrailers TV, the Wedbush Morgan Securities analyst said that a declining profit margin for Microsoft meant that gamers could end up seeing the cost of an Xbox Live Gold subscription rise to as much as $100 (£61) per year – double its current price.

Microsoft was devoting more and more of its resources to Xbox Live because its comparable service for PCs – Games for Windows Live – simply wasn’t profitable, said Pachter. “You can’t hook a guy into Xbox Live Gold if he’s playing on a PC,” said the ubiquitous analyst, “.. that’s the other problem – you really want to hook every gamer who has a 360, you want them to buy all their games on 360, play everything multiplayer, pay you 50 bucks a year so that, in a couple years, it’s 100 bucks a year.”

“And that’s going up, we all know that … it’s a profit deal,” he concluded.

Now, to his credit, Pachter has made some accurate guesses in the past, and it is true that Microsoft does love its money (as does every other company in the world). On the other hand, Pachter has also missed the mark with his predictions, and I can’t help but think that this is one of those times. While still not quite as robust a service, Sony’s competing PSN is slowly encroaching on Xbox Live, and its one advantage is a significant one – it’s free. Nintendo’s marketplace is free to use as well, which makes Microsoft the only one of the Big Three to charge for its online service.

Thus far, Microsoft has stuck to its guns with Xbox Live, pointing out the better value of XBL compared to its competitors, and has been rewarded with an estimated ~20 million subscribers. However, as that gap narrows, raising the price – let alone doubling it – would seem incredibly foolish, and would be as likely to result in a consumer backlash as it would be to increase profits. So this is an extremely hard pill to swallow, because Microsoft isn’t made of idiots – the bad press from a decision like this would be overwhelming.

What I can see happening is for Microsoft to start offering an “Xbox Live Platinum” service which would fetch a higher price, but would have more cross-platform functionality along the lines of the Twitter, Facebook, and Last.FM arrangements that have already been announced. The trick then would be to balance the new Platinum features while still updating Gold in order to keep XBL a step or three ahead of PSN.

But just raising the price on Xbox Live Gold – especially in this economic climate – would be virtual PR suicide for the House That Gates Built. Sorry, Mike, but I don’t see this one happening.