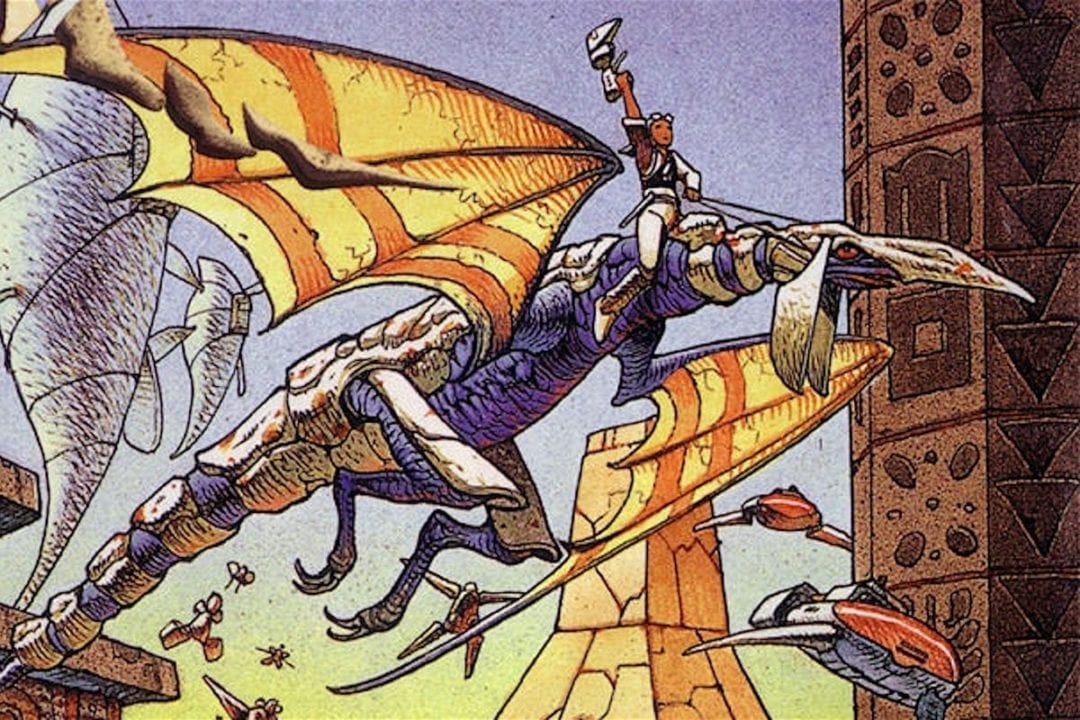 UPDATE: Sources reveal that a filing with the Polish equivalent of the SEC confirms the remakes are in fact happening. We were told that Forever Entertainment and Sega are co-publishing and MegaPixel Studio is developing the game.

Forever Entertainment announced on its website that it would be overhauling both of creator Yukio Futatsugi’s surreal shooters for unspecified new hardware, featuring “completely new graphics compatible with today’s standards and several modifications of the game, making it more attractive to modern players, while remaining faithful to the original in terms of story.” The moribund series got an injection of new interest in 2018 thanks to a number of 20th anniversary projects celebrating the long lost RPG Panzer Dragoon Saga and a 4K-enabled Xbox One re-release of 2003’s Panzer Dragoon Orta, the last original game to bear the name.

Exciting as the announcement may be for lovers of artful shooting games, bizarre stories about faded alien civilizations, and dragons with rad head bones, it’s been impossible as of this writing to confirm whether or not these remakes are in fact happening.

I reached out to Sega PR shortly after Forever Entertainment made its announcement to confirm the project. Even though Forever’s release claimed Sega is involved with the project, Sega itself hasn’t confirmed that fact on any official channels and its PR representative directed me to contact Forever instead. While I tried to reach the Polish studio via email, I haven’t received a response.

So the Panzer Dragoon and Zwei remakes for unnamed hardware may or may not actually be happening. It’s honestly hard to tell right now.

Forever Entertainment does at least have a history of resurrecting dead brands owned by major publishers. Fear Effect Sedna, the studio’s last game, was a resurrection of the PlayStation series originally created by Eidos and currently owned by Square-Enix. Fear Effect: Retro Helix effectively killed the series back in 2001, but Forever got a chance to bring the series back through Square-Enix’s open development platform that lets indie studios pitch ideas for average folks to vote on and thus get backing from the publisher. Precedent for working with a Japanese publisher on defunct brands isn’t confirmation that these Panzer Dragoon remakes are real, though, and in the absence of a trailer, screenshots, target platforms, or official confirmation from the series’ owner, it’s tough to believe that this is actually happening.

Which is a shame, because Panzer Dragoon and its three sequels are some of the most powerful and unique work to ever come out of Sega. Both the titles developed by Team Andromeda and Smilebit( the respective internal Sega studios that worked on the series) are rich with gorgeous art and soaring music from composers like Sayori Kobayashi. They are also very difficult to access for modern gamers. While the original was at least ported to PC, PS2, and Xbox (as an unlockable in Panzer Dragoon Orta), both Zwei and Saga have remained trapped on Sega Saturn, a console notorious for being a pain in the butt to emulate properly. With source code for the original games lost (according to creator Futatsugi), full remakes are likely the only way these games will be preserved for modern players.

Escape the Room Without Leaving Home

Seven Years and a Breakdown: Schafer’s At the Gates Is (Almost) Done